Drones provide several benefits for bridge inspections—here's our list of the top 6.

Drones are being used for all kinds of inspections these days.

But among all the scenarios in which drones are helping inspectors do their job, bridge inspections are unique because they straddle the line between indoor and outdoor inspections.

On one hand, all bridges are located outdoors, and therefore requirements for inspecting them will include all of those that come with flying a drone commercially—in the U.S., for example, these requirements would include using a Part 107-certified pilot and obtaining airspace authorization (if the operation was going to take place in restricted airspace).

On the other hand, bridges present many challenges for drone inspections that are similar to those found in indoor scenarios. Bridges can have tight, hard-to-reach places that are hard to navigate with a drone, and the bottom of a bridge can sometimes contain confined spaces in it that are so tight, they may as well be indoors.

Bridge inspections present a unique challenge—in order to properly inspect a bridge, you have to be able to see underneath it.

Inspectors traditionally address this challenge by using a snooper truck (see image below), which allows them to stand in a bucket and view the underside of the bridge. 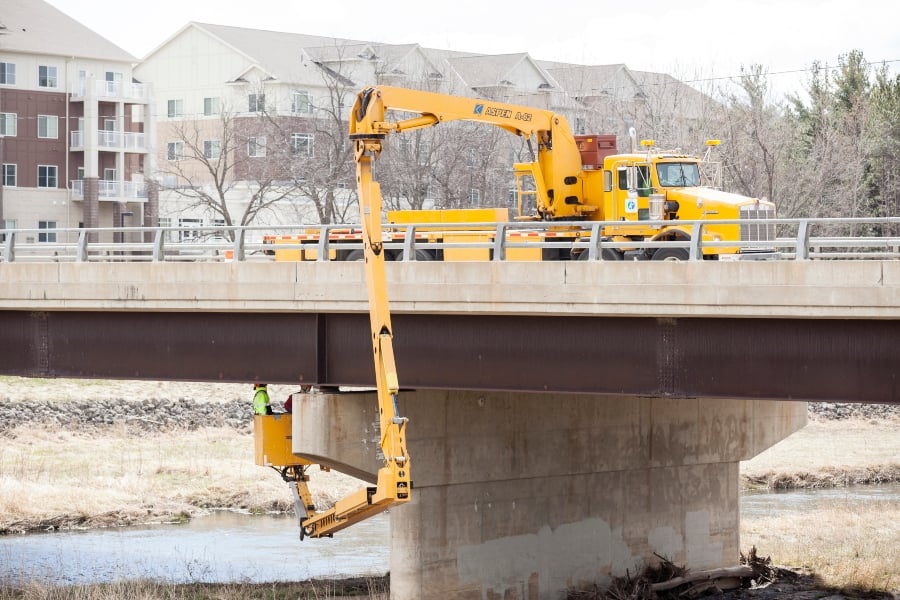 But snooper trucks are incredibly expensive, and also potentially dangerous for inspectors. Using a drone, an inspector can collect visual data about the conditions under a bridge, replacing the need for them to stand in a snooper truck bucket to look at the same area.

Just getting rid of the need for a snooper truck presents a huge savings.

But drones can also help save money in bridge inspections by lowering the cost of liability insurance, decreasing the amount of inspection personnel needed for each inspection, and speeding up the inspection process, which means shorter delays in traffic and less overall money spent on the inspection.

In fact, a 2019 study conducted by the American Association of State Highway and Transportation Officials (AASHTO) found that drones could reduce the cost of bridge inspections by 75%, bringing down the cost for each inspection by $14,600.

If you take the case of the U.S., where there are at least 700,000 bridges currently in use, saving that much money for a bridge inspection every two years could mean a total savings of $10.2 billion*—every two years.

And that's just in the U.S.

Without a drone, there are two primary methods inspectors can use to visually inspect the underside of a bridge: by standing in a bucket operated by a snooper truck, or by using rope access. 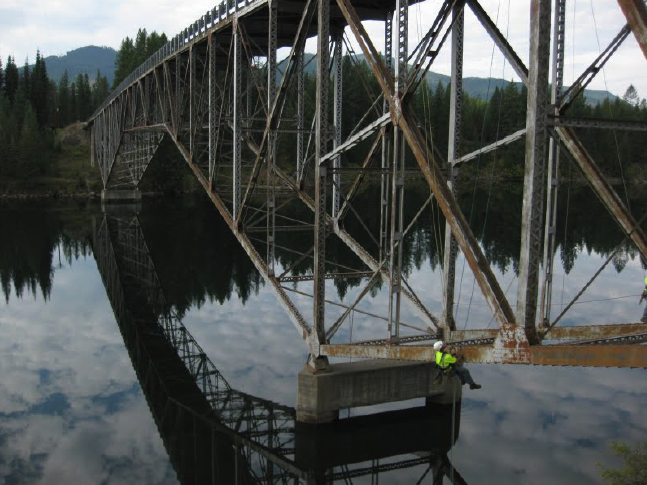 An inspector using rope access to conduct a bridge inspection

Both of these methods are potentially dangerous, creating scenarios where a fall could seriously injure an inspector.

Using a drone to collect visual data removes the need for inspectors to be placed in harm’s way, significantly improving safety for the bridge inspection process.

When conducting bridge inspections manually, inspectors sometimes have trouble accessing certain parts of the bridge. This is especially true for the tight spaces between beams and girder underneath a bridge, where a bucket may be too broad to fit.

A professional-grade indoor drone like Flyability’s Elios 2 can enter these tight spaces, collecting visual data that may be almost impossible to collect otherwise.

Watch this video to see how the Elios helped inspectors perform a bridge inspection in Minnesota:

While an inspector will typically only record certain parts of a bridge during an inspection, either with video or still images, a drone will usually film the entire bridge. 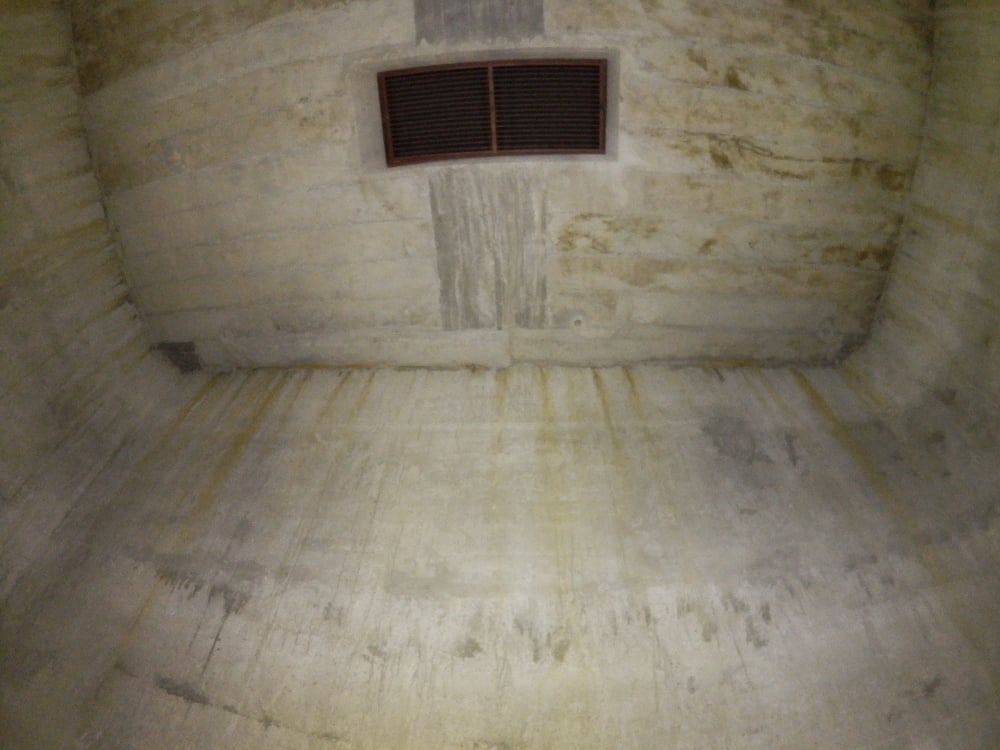 A picture taken by the Elios 2 during a bridge inspection

This video footage creates a permanent record of the condition of every part of the bridge—not just those parts where there is potential damage, as is the case for a manual inspection—which can be used to show the work to various stakeholders, and which can be referred to later to help understand how a problem might have developed over time.

Drones can make the inspection process much quicker, since inspectors can use them to start collecting visual data the moment they put them in the air, instead of needing to wait for a snooper truck to be put into place.

This improved efficiency means that the bridge inspection will run more smoothly and quickly, and the amount of time that traffic needs to be held up can be significantly reduced.

Videos made by drone can be archived and reviewed in the future at any point, providing a long-term record of the condition of an asset over time. Further, drone data can be used to build 3D models of bridges, which can be another useful record of its condition at a certain point in time. 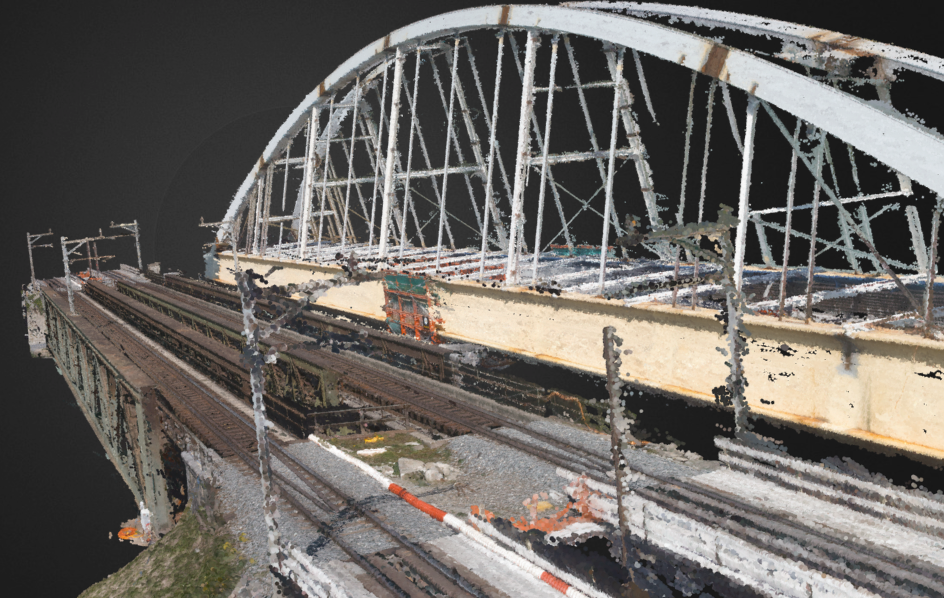 Still image of a 3D model of a bridge made with Pix4D (source: Sketchfab)

If a bridge suddenly fails, inspectors can use this record to review the history of the bridge, looking for clues to explain what might have happened so it can be avoided in the future.

This kind of record is also helpful for understanding how a problem may have originated and what caused it, which could provide crucial information for properly maintaining the bridge.

Want to learn more about the value drones are providing in bridge inspections?

Read this case study: Bridge Inspection on Bustling Section of the Trans-Siberian Railroad Made Possible with Elios 2.