When the Marine Firefighters of Marseille are called to help a distressed boat, they often don’t have very much information about what is going on inside the vessel.

In a short period of time, the firefighters have to make the difficult decision about whether to board the vessel in order to save it and anyone onboard in need of rescue.

The primary challenge with accidents is knowing where they need to focus their efforts.

The Marine Firefighters of Marseille currently use two outdoor drones in their work, which can help them see what’s happening outside a distressed ship before boarding it.

But for most of the inside of the boat, they have almost no visual data prior to boarding.

To improve safety by increasing situational awareness prior to boarding a distressed vessel, the firefighters wanted to test an indoor drone on a real ship to see if it might be able to livestream visual data while the pilot and firefighters stayed safely off the distressed ship. 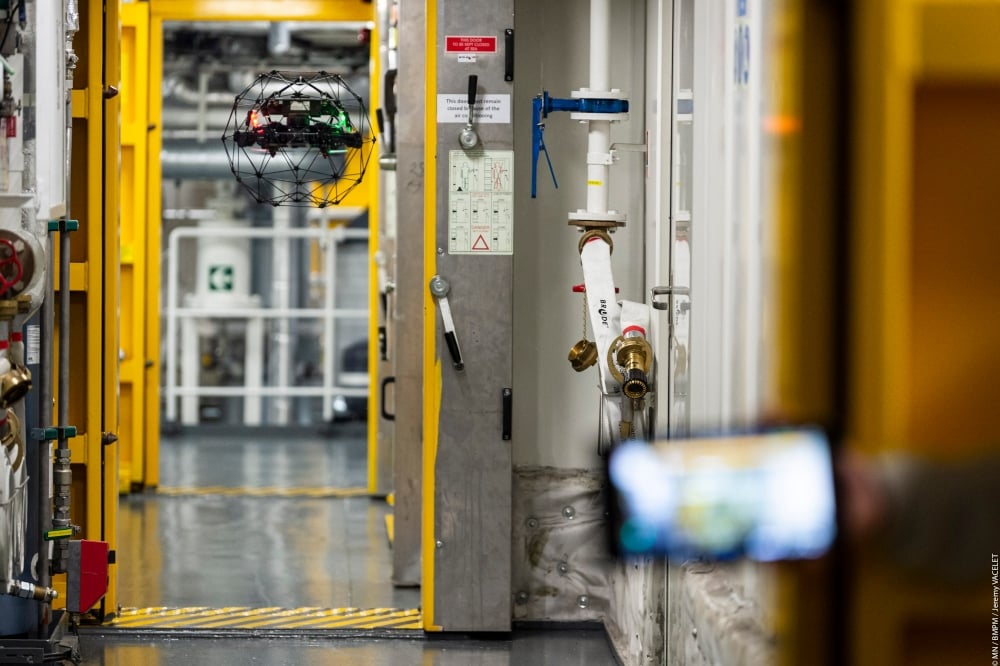 This visual data could help firefighters decide whether to board the ship at all, as well as helping them identify where to focus their efforts once on board.

The ability to make these determinations remotely—that is, without the firefighters having to physically board the ship—could be crucial for saving those trapped in a fire, and it could also improve safety for firefighters by reducing their exposure to dangerous situations.

In testing an indoor drone, the firefighters had four areas they wanted to cover:

In their search for an indoor drone that could be used to investigate distressed ships, the Marine Firefighters of Marseille decided to test Flyability’s Elios 2. It sits in a protective cage that makes it tolerant to collisions, allowing it to hit walls and ceilings inside confined spaces and continue flying unharmed. 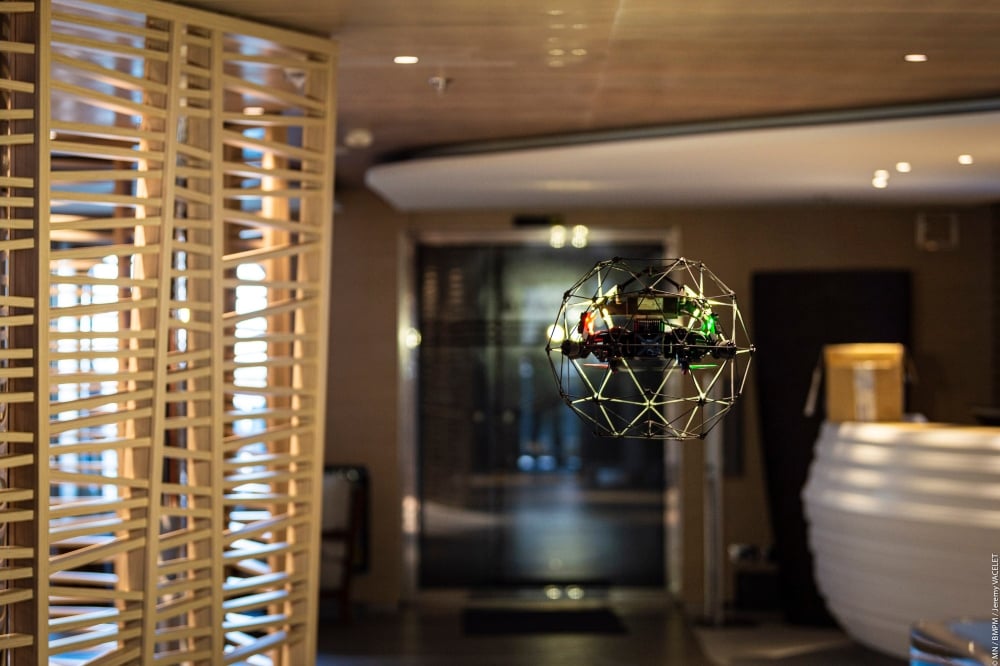 The location the firefighters chose for the test was a cruise ship made to hold up to 181 passengers.

The cruise ship presented a realistic testing ground for the Elios 2 since it contained the kind of complicated, hard-to-navigate indoor scenarios that the marine firefighters encounter in their work.

The Elios 2 test was a success across the board.

With a pilot standing outside of the cruise ship the Elios 2 was able to fly throughout the vessel, collecting visual data on the status of various parts of it.

Here is how the Elios 2 performed related to the four features the firefighters wanted to test:

Lower decks—Signal strength was good in the lower deck (i.e., the underwater level), and the pilot was able to fly in one full engine room and part of the corridor. The signal continued to work well two decks underwater. It was lost when one of the watertight doors were closed between the drone and the pilot, but this distance was more than sufficient for the firefighters’ needs, and met the criteria for the test.

The Elios 2 stayed stable throughout the test flights. Despite each room containing various features that made flying complex—especially in the engine rooms—the Elios 2 was able to maintain its stability and satisfy the requirements of the firefighters. 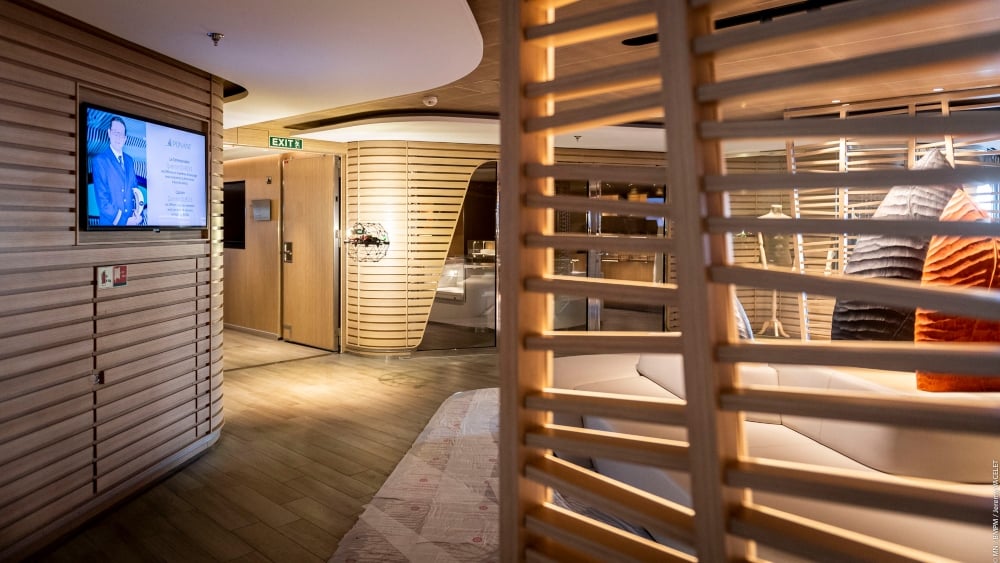 The Elios 2’s collision tolerance came in useful during the test flights when a mechanic opened a door, causing a big draft of wind to sweep through the room and throw the drone into a pillar.

The drone continued flying immediately after the collision, with no resulting crash, and there were no further collisions throughout the test.

Battery life did not present any issues throughout the test flights. The firefighters were able to collect all the visual data needed by using the Elios 2’s ten minutes of battery life (though they did use multiple batteries to do so).

In the eyes of the Marine Firefighters of Marseille, the test mission with the Elios 2 was a success.

The most important place for them to test the indoor drone was the lower deck, and the Elios 2 performed well there, collecting visual and locational data that could help improve safety and increase efficiency for future marine fire rescue missions.

The firefighters are now in the process of determining next steps, and will soon make a decision about how to incorporate indoor drone technology into their marine fire rescues.