If you work in the inspection business, you’ve probably heard of API (American Petroleum Institute), and you are probably aware of at least a few of their standards for different types of inspections.

The API is a standards-setting organization that collaborates with subject matter experts “to establish, maintain, and distribute consensus standards” for the oil and gas industry. Although they’re based in the U.S., their standards are followed throughout the world for various types of inspections.

In many countries, API standards are included in laws that detail inspection requirements for different types of containers that hold petroleum or other volatile substances, such as boilers and tankers. 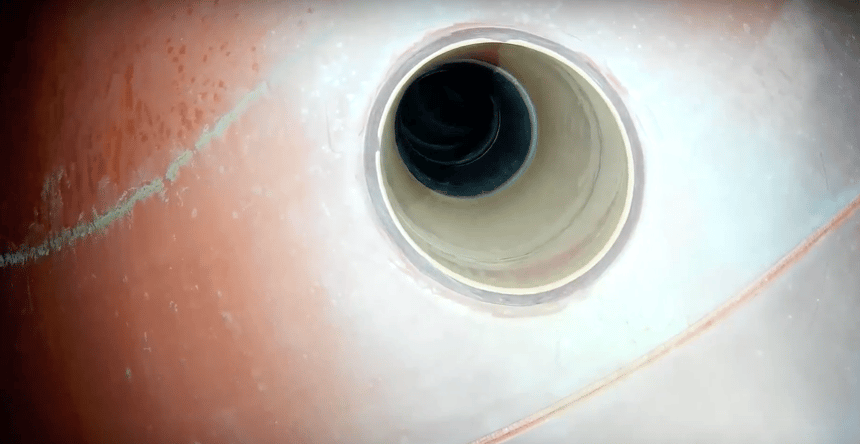 Picture taken by the Elios 2 during an API 510 inspection of a pressure vessel in Antwerp, Belgium

Before starting any inspection the inspector will review the inspection plan, which details everything that must be inspected within the asset, such as vertical welds, burners, and so on.

“Every inspection has its own unique challenges, which means that certified API inspectors must be highly trained in order to make their own judgment calls in the field. If an API-certified inspector makes a decision on RVI or any other tool during an inspection, this decision is drawing on a high level of knowledge and experience.”

In some inspections the API standards serve as guidelines, providing in-house or contracted inspectors with a framework for what to do in a given inspection scenario. But with certain inspections, the law requires that API standards be followed exactly as described and that a certified representative from a formal inspection body be present in order to sign off on the fact that the inspection was done according to the relevant API standard.

These latter inspections are typically made of assets that are high-risk, where a poor inspection and/or poor maintenance could potentially lead to an explosion or some other disaster.

To give you a sense of just how rigorous API requirements are, they have a specific certification just for API 510 Pressure Vessel inspections, which inspectors from formal inspection bodies must have in order to make these inspections. To get this certification, inspectors have to take a test in which they’re required to demonstrate a broad knowledge base about the maintenance, inspection, repair, and alteration of pressure vessels.

And before inspectors can even take the API 510 test, they must meet certain qualifying criteria:

Steven Verver of RoNik Inspectioneering, an inspection services company based in the Netherlands, wanted to see whether an inspector from formal inspection body Bureau Veritas would approve using the Elios 2 to fully take the place of having a person enter the pressure vessel for an API 510 inspection.

At first the inspector from Bureau Veritas was very skeptical about using the Elios 2.

He told Verver that he didn’t like using inspections cameras because he felt like they didn’t provide the same quality of visual information you could get by standing in front of an object with a flashlight. However, after seeing the visual data that the Elios 2 captured, he changed his mind.

Here are the details:

For an inspector to approve a Remote Visual Inspection (RVI), in which a camera is used instead of the human eye—in this case, the camera was attached to the Elios 2—the inspector must decide that the camera is capturing the same visual data that the eye could capture.

[This pressure vessel inspection is just 1 of 15 tests that RoNik Inspectioneering performed with the Elios 2. Read the case study to learn about all of RoNik's tests on the Elios 2.]

This requirement is not just about the quality of the video feed. Inspectors must be able to see the depth of the objects being inspected and must be able to know the distance from the camera to the object and between different objects within the asset. 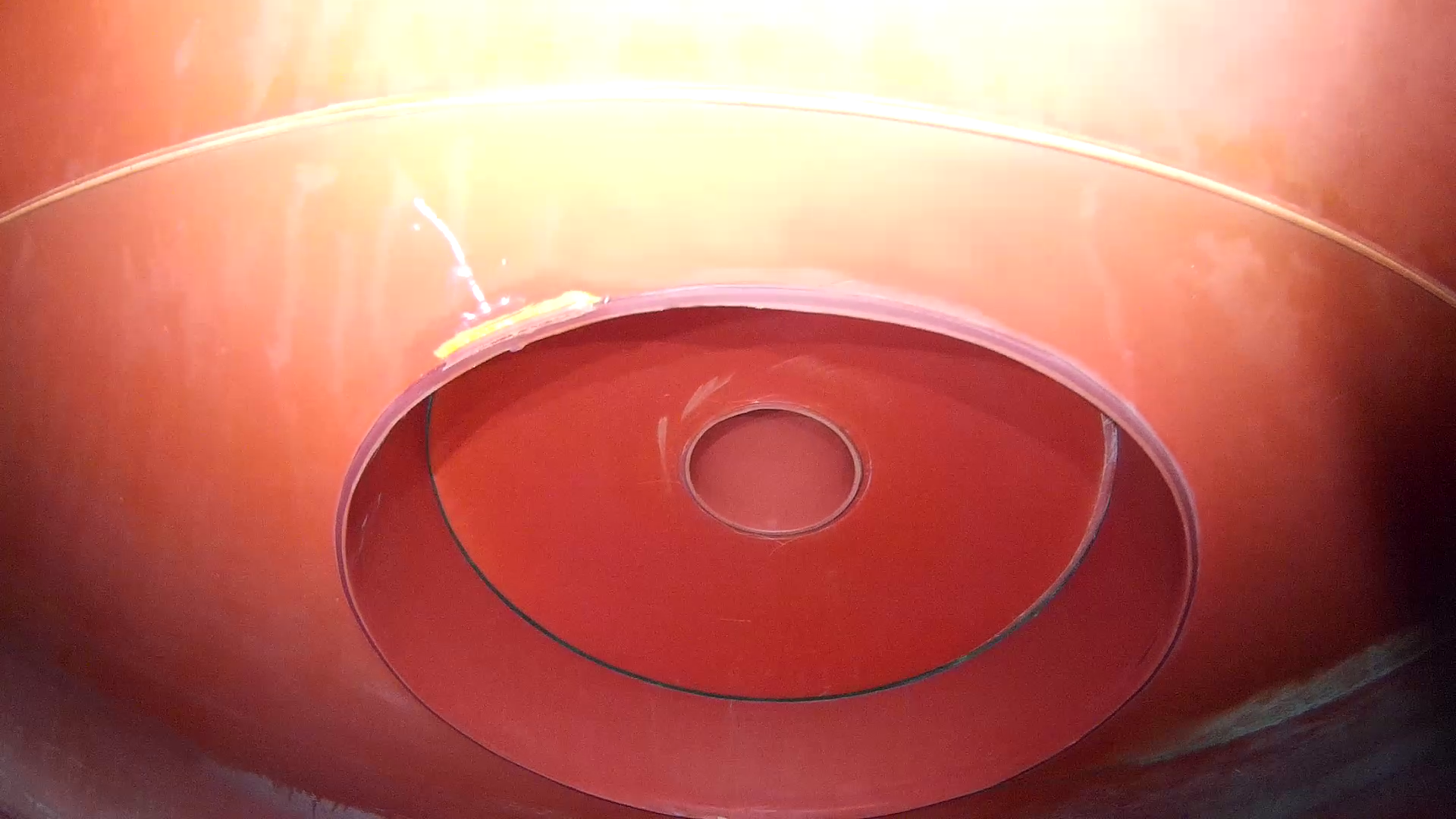 Another picture taken by the Elios 2 during an API 510 inspection of a pressure vessel in Antwerp, Belgium

The Elios 2 was able to meet all of these requirements, and the inspector from Bureau Veritas decided that the visual data provided by the drone was of sufficient quality for it to be used as a formal inspection tool—that is, he decided that the Elios 2 could fully take the place of having a person conduct the inspection by physically entering the vessel and looking at it with the naked eye.

“The stabilization enables you to do a very structured inspection of each weld in detail, and that is the only way an inspector will be able to determine whether a tank is in good condition or not.”

There were four key features that made the inspector change his mind about using a camera for an API 510 inspection, and recognize the Elios 2 as a formal inspection tool:

All of these features combined to allow the inspector to use the Elios 2 to collect visual data of the pressure vessel instead of having to enter the vessel, and resulted in him recognizing the Elios 2 as a formal inspection tool for this specific API 510 inspection.

Prior to the Elios 2 test, the owners of the vessel had already done a manual inspection so they could have comparison data to see how the drone data compared, and this comparison was also successful, with the Elios 2 providing comparable data to that collected manually. A further benefit to the drone data was that it did not require scaffolding—the scaffolding built for the manual inspection was not only costly, but had damaged the inside of the vessel, which could be seen during the Elios 2 inspection.

"The Elios 2 is a game changing tool for collecting visual data to evaluate and qualify the conditions inside an asset. The high quality video and images it provides can help inspectors focus on the important work of carefully reviewing visual data, reducing their exposure to the risks that come with spending time inside any asset."

Although the Elios was recognized as a formal inspection tool in this instance, it’s important to note that each inspector must make his or her own decision about a given RVI tool when conducting an inspection. API is both tool-agnostic and brand-agnostic—they don’t recommend specific tools for inspections.

Are you considering using a drone for your next inspection, but wonder if it will fit your requirements? Get a Free Business Case Assessment from Flyability now. 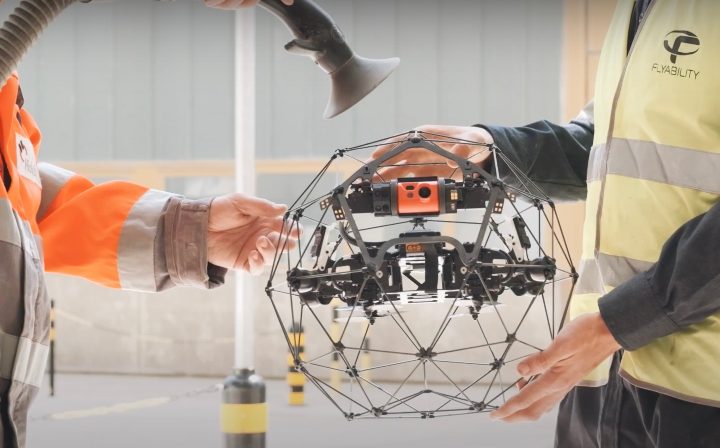