Drones present several benefits as a tool for remote visual data collection in internal inspections for the chemicals industry—here's our list of the top 7.

Indoor drones have been providing significant benefits to inspectors working in the chemicals industry for a few years now.

Inspectors use indoor drones in the chemicals industry to collect visual data for internal inspections, helping them enter hazardous confined spaces remotely so they don’t have to go in themselves.

Here are some of the assets that inspectors use indoor drones to inspect in the chemicals industry:

In a typical inspection, inspectors would physically enter these assets and use a flashlight and camera to review the entirety of its interior with their naked eye.

In addition to entering the confined space, inspectors conducting internal inspections without drones or robotics may also have to work on scaffolding or use rope access so they can see everything inside the asset to satisfy the requirements of the inspection.

All of these situations—confined space entry, work on scaffolding, and rope access—represent serious hazards to inspectors.

But indoor drones are changing everything.

A high quality indoor drone like the Elios 2 can reduce or even eliminate the need for inspectors to enter an asset to collect visual data. Instead, they can fly the drone into the asset and use its camera to see and record everything about its interior.

Here are the seven key benefits of indoor drones for inspections in the chemicals industry.

Indoor drones can significantly reduce the downtimes needed for inspections in the chemicals industry.

They do this by eliminating the need to set up and take down scaffolding. Since inspectors don’t have to physically inspect the interior of the asset because they’re using a drone, scaffolding becomes unnecessary for the inspection process.

Reducing or eliminating scaffolding is also a savings itself, since scaffolding materials and the labor required to put it up and take it down can be expensive, with costs as high as tens or even hundreds of thousands of dollars for a single inspection.

Indoor drones can significantly reduce turnaround times for internal inspections in the chemicals industry by removing the need for building temporary structures, such as scaffolding.

Just setting up and taking down scaffolding can take several days, or even weeks—time in which the asset has to be down.

During an inspection of a paper mill tank an inspector used an indoor drone to reduce the time needed for the inspection from four days to just six hours. 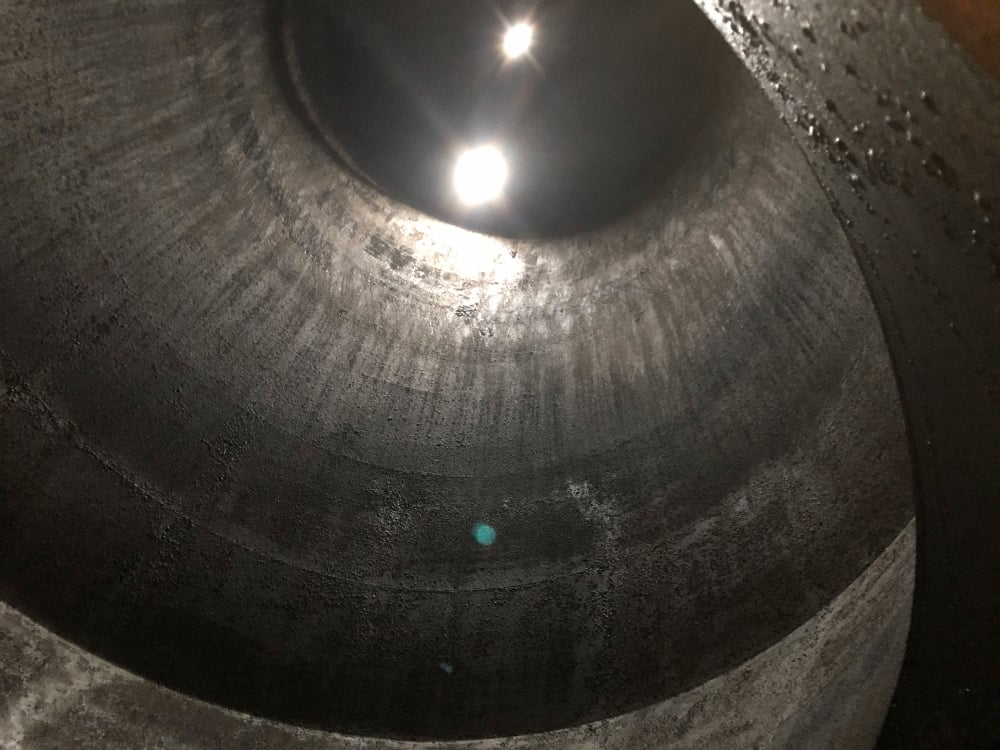 The downtime reduction resulted in a savings for the client of 960,000 Euros—read the case study to learn more.

Inspectors conducting internal inspections in the chemicals industry often face confined space entry, work at height on scaffolding, and use rope access, all of which expose them to potential hazards that could seriously injure or even kill them.

By sending a drone into the asset instead of themselves, inspectors can collect visual data remotely while standing safely outside, improving the overall safety of the inspection by removing these hazards.

During a planned outage at a French fertilizer plant owned by Yara, inspectors tested the Elios 2 for their internal inspections and found that it was so reliable they did not need to enter the plant’s assets in person. 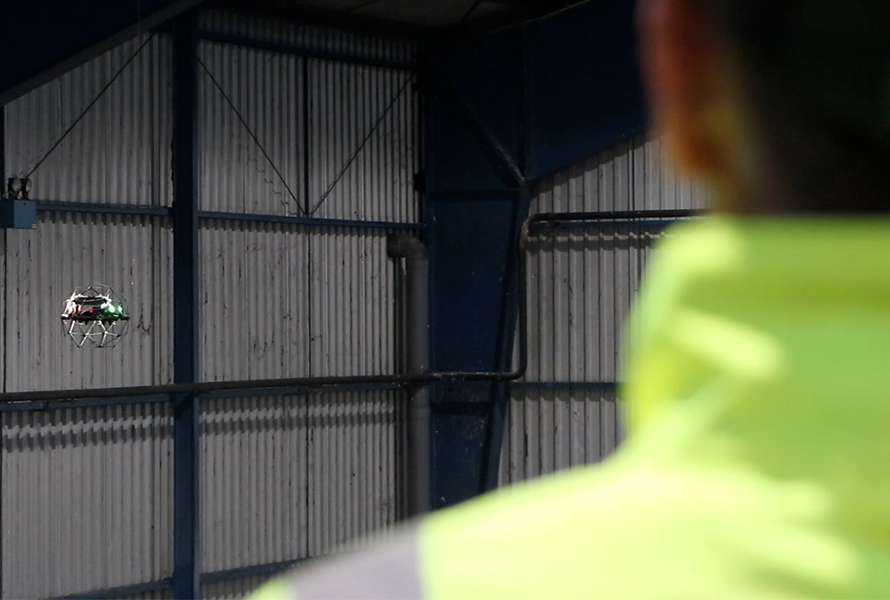 In removing the need to enter confined spaces, inspectors at the plant significantly increased the safety of their internal inspections during the outage.

“By looking at the screen on the remote control during the tests, what I saw using the drone was of an even quality to what I can see using traditional [inspection] methods. When we reviewed the footage on a larger screen the quality was impeccable. You could even zoom in to look at more details, and so on. For visual inspection, it’s perfect.”

An indoor drone can easily access tight, confined spaces and collect visual data reflecting the conditions there. In fact, that’s exactly what indoor drones were designed to do.

Because they’re surrounded by a protective cage and designed to be collision tolerant, indoor drones can bump into surfaces and continue flying.

This feature lets inspectors slide them along a wall and fly right up to a surface, allowing them to get a clear vantage point so they can see whether any defects are present.

This kind of access can have a big impact on savings and safety for operations in the chemicals industry.

In a recent inspection of a hydrogen reformer at a chemical plant, Simon Kumm of InspecDrone used Flyability’s Elios 2 indoor drone to get access to places that would have been very difficult to reach on foot.

Inside, the reformer was lined with fragile ceramic fiber, making it almost impossible to enter. By using the Elios 2, Kumm was able to fly inside and collect all the visual data he needed to complete the inspection.

Inspectors in the chemicals industry are using indoor drones to get high quality visual data showing minute details inside the assets they’re inspecting.

Flyability’s Elios 2 provides high definition 4K video and high quality images, along with stabilization and unique lighting features to let pilots hone in on important details in the imagery they capture, further improving the quality of visual data they collect.

High quality visual data like this can provide insights for operations, engineering, survey, and safety departments within the chemicals industry, which can then be used in the ongoing maintenance of an asset.

Because indoor drones can quickly collect visual data inside of assets that are hard to access physically—like a pressure vessel, or the inside of a storage tank—they can be used for quick spot checks.

Being able to get visual data quickly and regularly on the condition of an asset can lead to improved maintenance procedures overall, ultimately resulting in reductions not only of scheduled downtimes but also of unscheduled downtimes, which might take place due to equipment failure.

When the team at Yara performed a round of internal inspections with the Elios 2, it found that the lower cost and the ease of use meant they could perform more inspections than were previously possible.

Inspector 3.0 is Flyability’s software made specifically for inspection professionals.

In the software, inspectors can pinpoint the location of defects found in their inspection footage so that they can return to them in future inspections or share them with other stakeholders in the maintenance process.

In a challenging hydrogen reformer inspection at a chemicals plant, where the interior surface was incredibly uniform, Simon Kumm of InspecDrone was able to use Inspector 3.0 to know exactly where the flaws he saw in his inspection footage were located within the asset.

Kumm using Inspector 3.0 to process the data collected for the inspection

“Inspector 3.0 gives inspectors an all-in-one solution for their specific needs when it comes to 3D models, providing quick, accurate locational data in a visual format to help them do their work more efficiently.”