An oil depot located near Geneva, Switzerland contains 17 tanks that provide fuel for Geneva Airport via pipelines, as well as providing gasoline to tankers, which then transport it to refueling stations for automobiles.

The law requires regular inspections of these tanks, which is a critical part of ensuring they are safely maintained. Safety is always a chief concern, but is even more important in this instance because the tanks are located in a highly populated area, in which any kind of explosion or accident could have serious consequences for the surrounding community.

The tanks were built in the 1960s, and were expected to last about 50 years. They were originally inspected only once every ten years, but since they are getting older inspections have recently increased to once every three to five years, depending on the type of tank.

The oil depot is responsible for the safe maintenance of every tank on its property, and an important part of maintenance is performing regular inspections to review the internal condition of each tank.

These inspections are typically done by building a 20 meter (65 foot) high scaffolding throughout the tank. While on the scaffolding, inspectors are attached to ropes to ensure their safety, but the height still poses a safety risk.

Another danger to using this manual approach for the inspection is the close proximity to highly volatile materials. Inspectors must wear explosimeters on them at all times while in the tanks in order to detect gas vapors that could cause sparks, flames, or explosions. Once inspectors are on the top of a scaffold, it would be complicated and potentially dangerous if one of their explosimeters detected a dangerous level of vapors and they were required to evacuate quickly.

In addition to being dangerous, using scaffolding for tank inspections is time consuming and expensive—it takes one week to build the scaffolding and another week to disassemble it. The scaffold costs about $34,500 USD, and keeping the tank empty for this period of time incurs an expense of about $2,000 USD, for a total cost of almost $37K USD for the tank inspection using a manual approach.

Using the Elios 2 for the inspection, scaffolding is only needed if a problem is discovered that needs to be fixed, and then it only has to be built in the specific location where the repair needs to happen, not throughout the entire tank.

The inspectors were supported by a trained drone pilot throughout the inspection, but found that they were able to fly the Elios 2 themselves fairly easily despite their lack of experience flying drones.

The Elios 2 allowed the oil depot’s inspection team to conduct the tank inspection in just four hours instead of the two weeks a manual inspection would require.

In addition to being quicker, using the Elios 2 was much cheaper than the manual approach.

The combined cost of building scaffolding and keeping the tanker empty during a manual inspection is $36,500. Using the Elios 2, the inspection was conducted without scaffolding in a much shorter period of time, resulting in a savings of $35K USD, for a huge cost reduction of 96%. 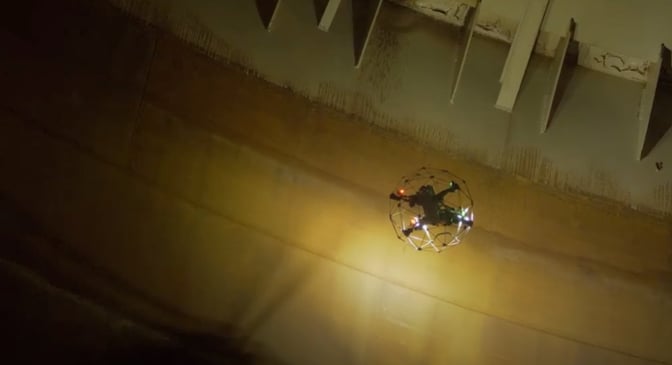 Here are the features of the Elios 2 that stood out to the oil depot inspection team, which allowed them to make one of the fastest, cheapest, most thorough inspections they had conducted:

According to inspectors, the Elios 2 was so easy to learn how to fly that they do not anticipate the need for external resources to operate the drone for future inspections.

“Elios 2 is very stable and really gives the impression that you could hand the remote control to a neophyte and he could still use it.”

The Elios 2 has GPS-free stabilization, which allows it to hold a steady position while in flight. This makes it possible to get a very clear shot of the object being inspected. It also means that the inspectors could be certain they were inspecting every single part of the tank.

In addition to stabilization, inspectors used the Elios 2’s distance lock feature, which allows operators to “lock” the drone at a certain distance from an asset so that it can follow an entire weld all along a tank from the same distance.

The high definition images captured by the Elios 2’s 4K camera were a significant part of what made this inspection one of the most thorough the team had ever conducted. 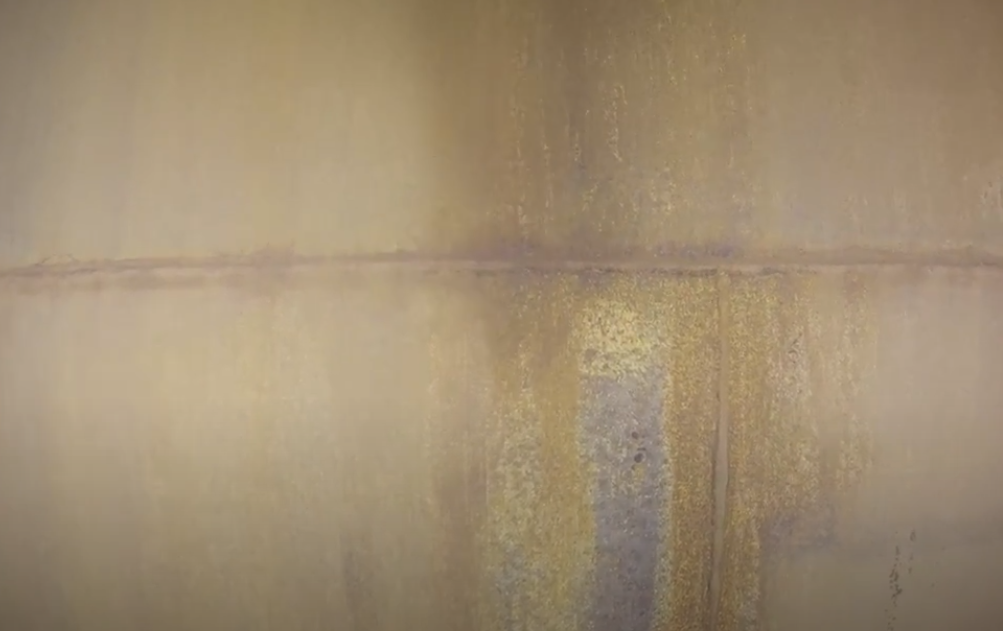 An image taken by the Elios 2 inside the diesel tank

Images were of such high quality that the inspectors could perform certain parts of their inspection in real time using the Full HD video feed on their monitor, instead of having to review footage later.

One of the features on the Elios 2 that helped inspectors the most in the tank inspection was the ability to use oblique lighting when looking at objects. Just as an inspector will use a flashlight to add depth when inspecting an object, the Elios 2 provides additional lighting at different angles to create depth and detail for the visual data it captures (as shown in the video above).

“This is the first time I have seen the possibility of directing the lighting on a drone. It’s very useful—it really allows us to highlight the porosities and surface variations on a wall and lets us choose the angle that interests us and illuminate it as we wish in order to obtain the desired image.”

The oil depot inspection team found that the Elios 2 allowed them to perform one of the fastest, cheapest, and most thorough inspections they had ever done.

By gradually flying through the tank they were able to collect visual data on every surface in great detail in only a few hours. This same kind of meticulous inspection would have taken a person standing on a scaffold several days to conduct. 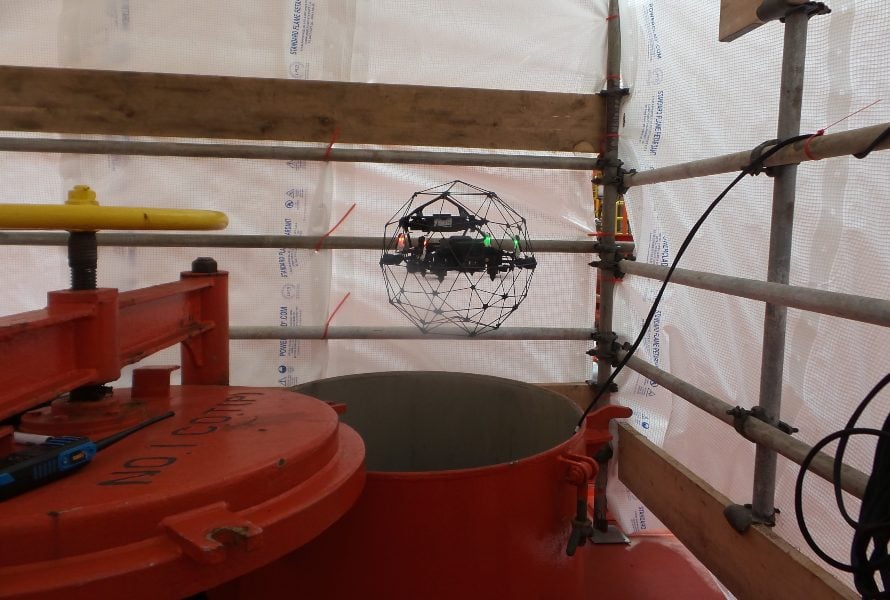