Pampa Energía, the largest independent energy company in Argentina, invested in the Elios 2 after saving $420,000 in its first test of the Elios 1 for boiler inspections.

Pampa Energía is the largest independent energy company in Argentina, and it works in all sectors of the power generation industry there. 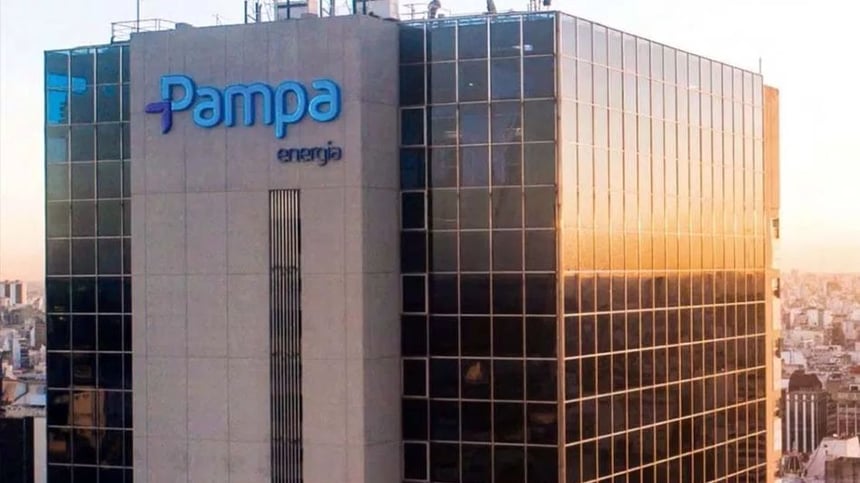 As part of its maintenance procedures, the company must conduct regular inspections of the boilers used at their power plants.

Each plant has various amounts of boilers, with several burners inside each one. Typically the boilers are inspected by a person entering each one and climbing scaffolding with a flashlight in order to do a visual review of each burner and each part of the inside of the boiler and the burners.

Seven days of downtime for each boiler inspection represents a significant loss of potential revenue for Pampa Energía. Argentinian law mandates that these types of boilers must be inspected twice a year, which means about 14 days of downtime a year per boiler in order to be compliant.

Another complicating factor is that each power plant Pampa Energía owns can usually only handle a single boiler shutdown at a time, so that plants with multiple boilers are almost always dealing with the shuffle of either building or taking down scaffolding.

Due to the potential safety issues of sending inspectors into confined spaces, the logistical complications, and the high costs associated with manual inspections, Pampa Energía started seeking alternative inspection solutions.

After some research, the company learned about Flyability’s Elios 1 drone, which was made just for indoor inspections in assets like boilers. The Elios 1 presented an inexpensive, efficient alternative to manual inspections, so Pampa Energía decided to test it out at one of their power plants.

The Elios 1 was first tested at Pampa Energía's power plant in Bahía Blanca, one of the biggest power plants in Argentina. 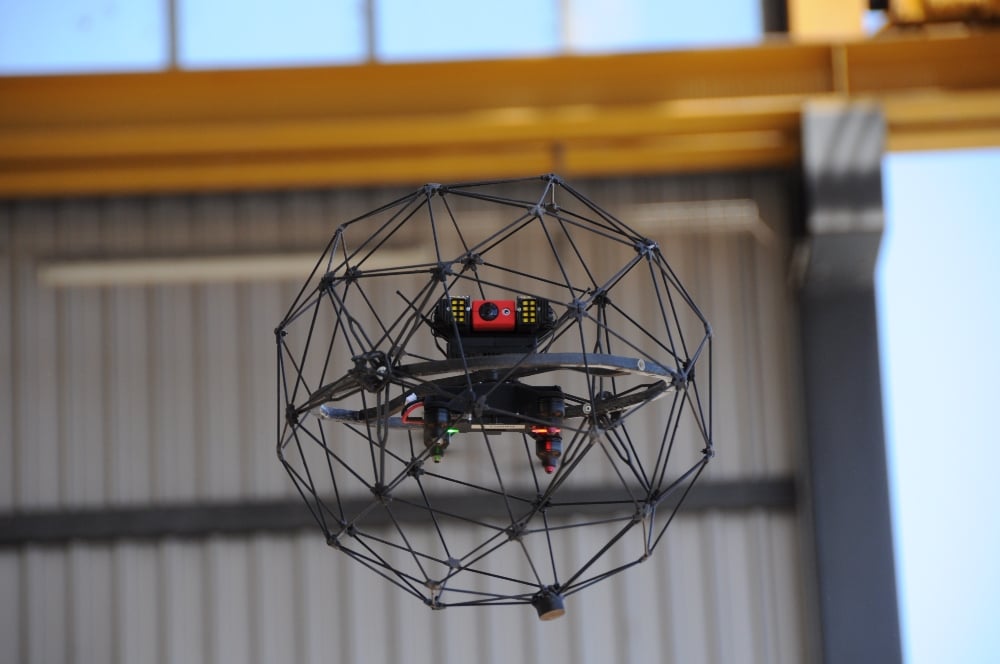 There are two boilers at this plant, and the original plan was for the test to take place in just one of these two boilers.

In just twenty minutes the Elios 1 was able to collect enough visual data for a full inspection of the boiler. The short window of time needed for the inspection impressed the Pampa Energía team because they were used to the slow, seven-day process typically required for a boiler inspection.

Over lunch, a member of the Pampa Energía team asked if it might be possible to inspect the second boiler at the power plant, since the first inspection had been so quick that there was still plenty of time left in the day.

It turned out that the second boiler had already been cooled and so a flight could be made within it immediately, without any waiting required.

The burners in the second boiler were just under two years old, so the Pampa Energía team did not expect this inspection to find anything alarming.

But the flight revealed that the burners were in terrible condition. The state of the burners was so bad that they could not even be restarted, since doing so would risk damaging the entire asset and also possibly endangering those in the area. 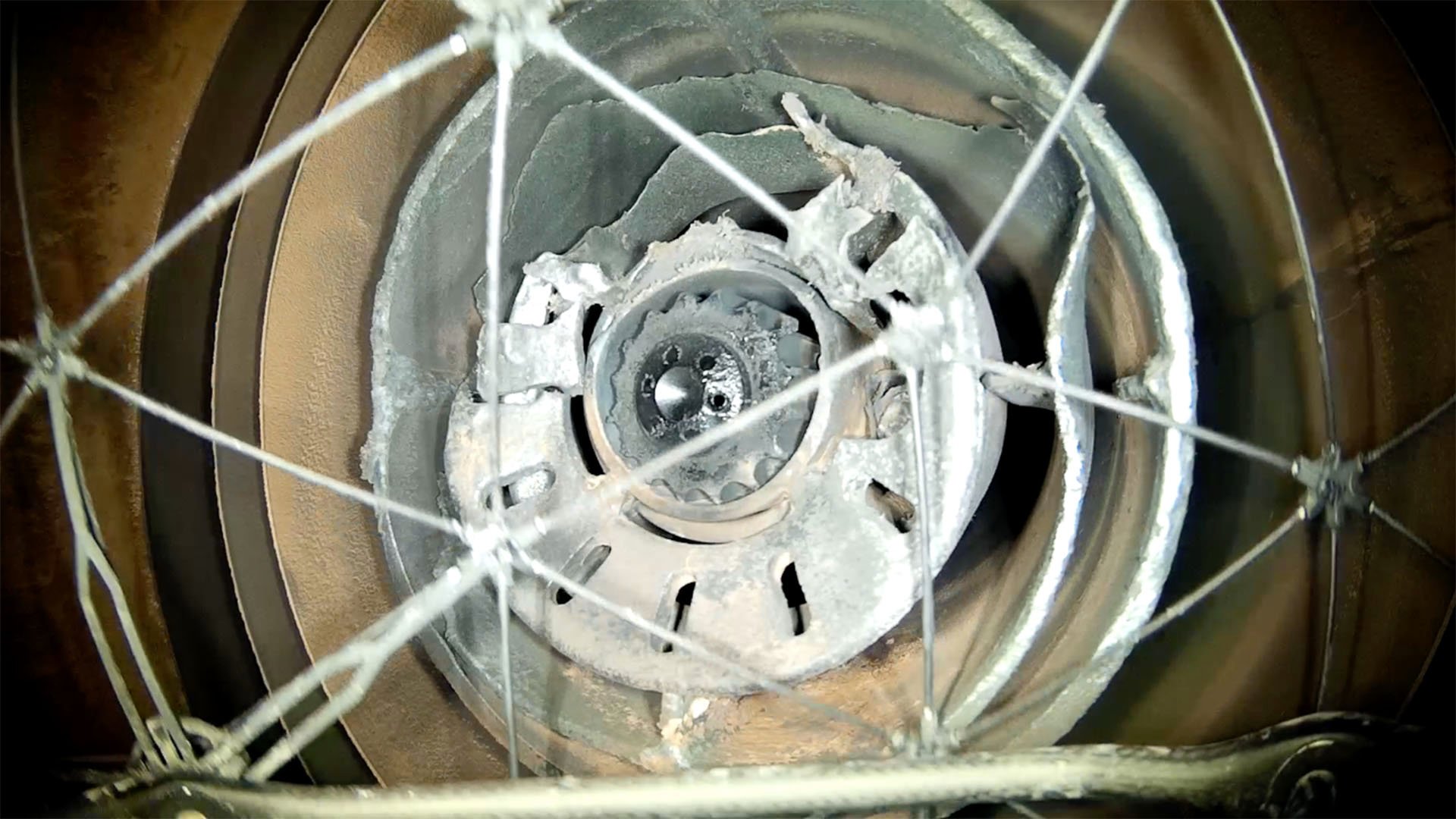 It turned out that the warranty for the burners was approaching its expiration date. Discovering the wasted condition of the burners before that date came meant that Pampa Energía was able to recoup the full cost of each wasted burner.

When Pampa Energía made their insurance claim, the images collected by the Elios 1 provided visual proof of the wasted condition of the burners prior to the warranty’s expiration. More importantly, the Pampa Energía team was able to uncover dangerous conditions and avoid any potential accidents that could have harmed their employees working near the boiler with the bad burners.

Here are the savings that Pampa Energía realized from using the Elios 1 for this single last-minute boiler inspection at its Bahía Blanca plant:

Elios 2 Adopted Based on Success of Elios 1, Now Used throughout Argentina

Given the savings the Elios 1 helped secure for Pampa Energía, the company began using it soon after the first test flight to remove inspectors from hazardous situations, save money, and improve both the quality and the frequency of its boiler inspections.

When the Elios 2 was released in the spring of 2019, Pampa Energía decided to test it immediately. Personnel were so impressed by it that they started making plans to use it for inspections at the company’s plants throughout Argentina. 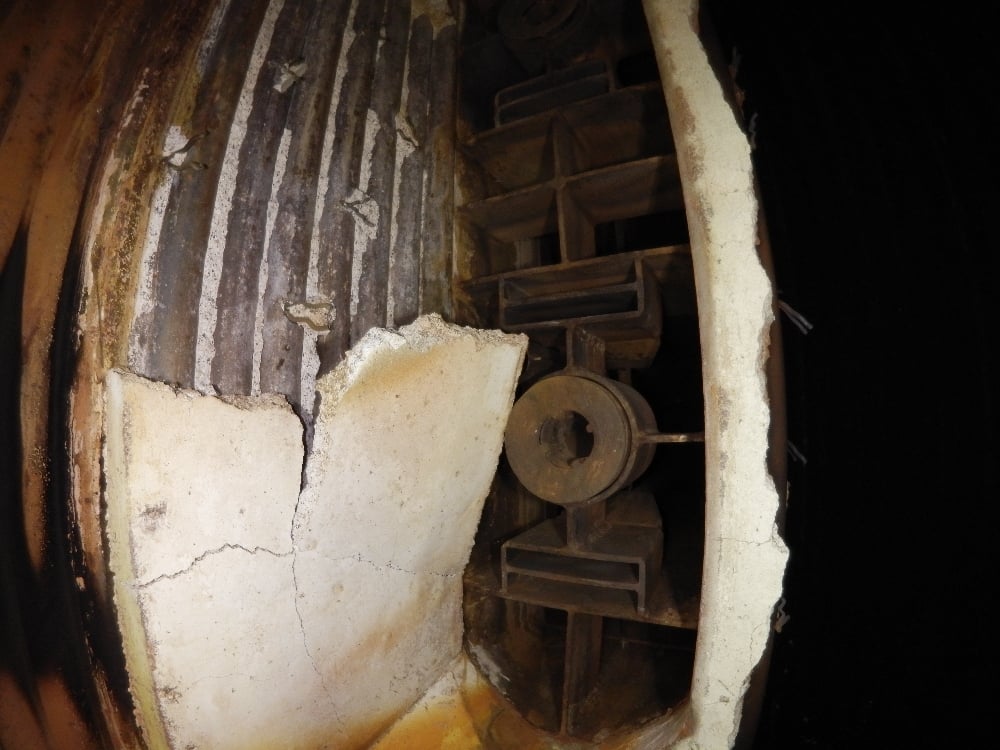 The company currently follows a schedule for sending the Elios 2 to its various power plants when they are shut down for inspections. These drone inspections first started at its coal and gas power plants, but are now also being tested at its hydropower plants.

Pampa Energía has found that the Elios 2 provides even better visual data than the Elios 1. The drone also has advanced features for inspections, including oblique lighting, advanced stabilization, and distance lock, as well as improved usability features, which make it easier to fly. In fact, it is so reliable that some formal inspection bodies have approved it as a formal inspection tool.

In the future, Pampa Energía plans to have an in-house drone team at each of its power plants. Each team will have its own Elios 2 and consist of at least one trained drone pilot.

Given the savings found with a single free test flight at the Bahía Blanca plant, expanding the use of the Elios 2 to all of its power plants has been an easy decision for the company to make. 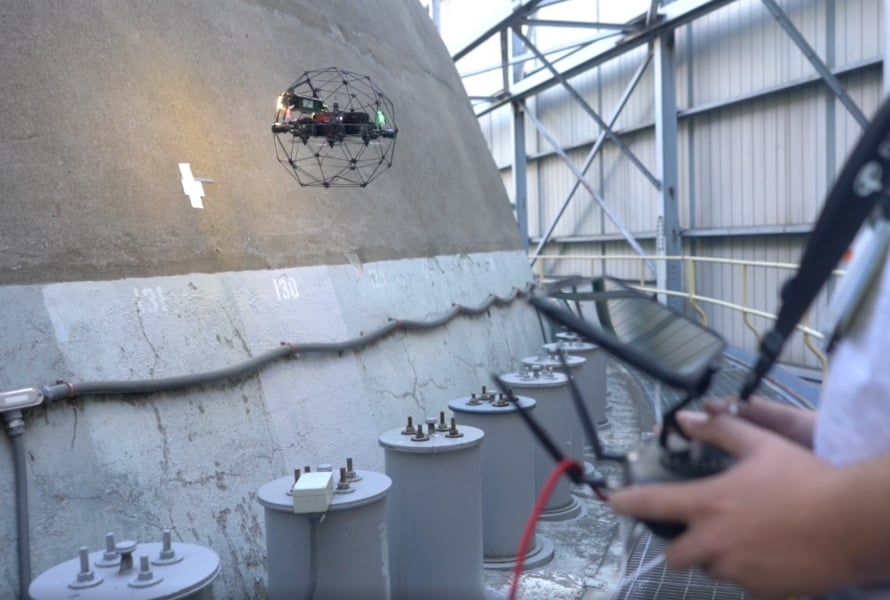