The American Bureau of Shipping (ABS) is the classification organization that sets inspection standards for a wide range of maritime vessels, including warships hauling freight, which are used to resupply other ships while they’re underway.

Like most industrial assets, warships must be inspected regularly to ensure that they are still fit for use.

In addition to the standard annual surveys, a vessel’s inspection cycle also includes a Special Periodic Hull Survey every couple of years.

This survey involves a more in-depth set of inspection procedures that assess a more comprehensive scope of the vessel, including the subsurface conditions of its ballast and cargo tanks. 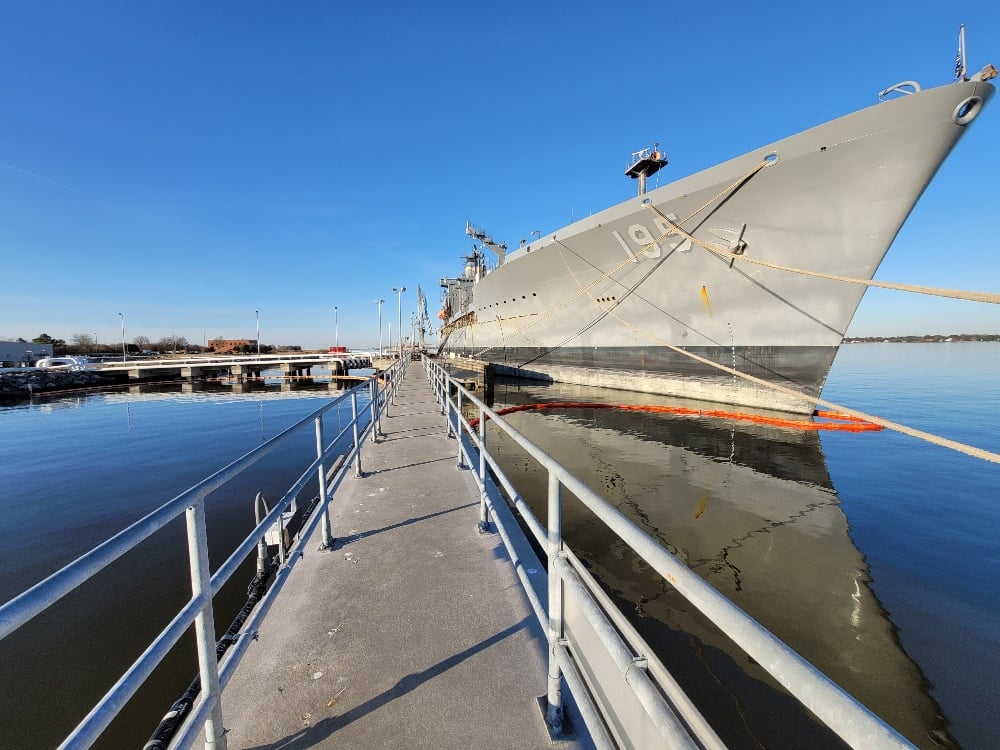 The warship in which DroneUp conducted inspections with the Elios 2

After decades of overseeing these surveys, the government agency that manages these warships is able to source expert teams local to the vessel through a well-known bill of materials (BOM), manpower expectations (800 hours), and services defined according to historical tank inspection data.

This information is templated and published in a Request for Proposal (RFP) seeking competitive bids from competent providers to support the Ship’s force and Port Engineer, expected man hours, and the activities necessary for the scope of service.

Once the RFP is public inspectors can submit bids on the work, and typically the best bid from an established inspection services company will get the job.

The approach to the cargo and ballast tank inspections that is outlined in a typical RFP delineates requirements and deliverables that meet standard operating procedures (SOP), defined according to current industry standard.

This traditional model uses proven methods that have been employed for decades to conduct these surveys. For the warship in question, the vessel was scoped for 800 man-hours to complete the required inspection. 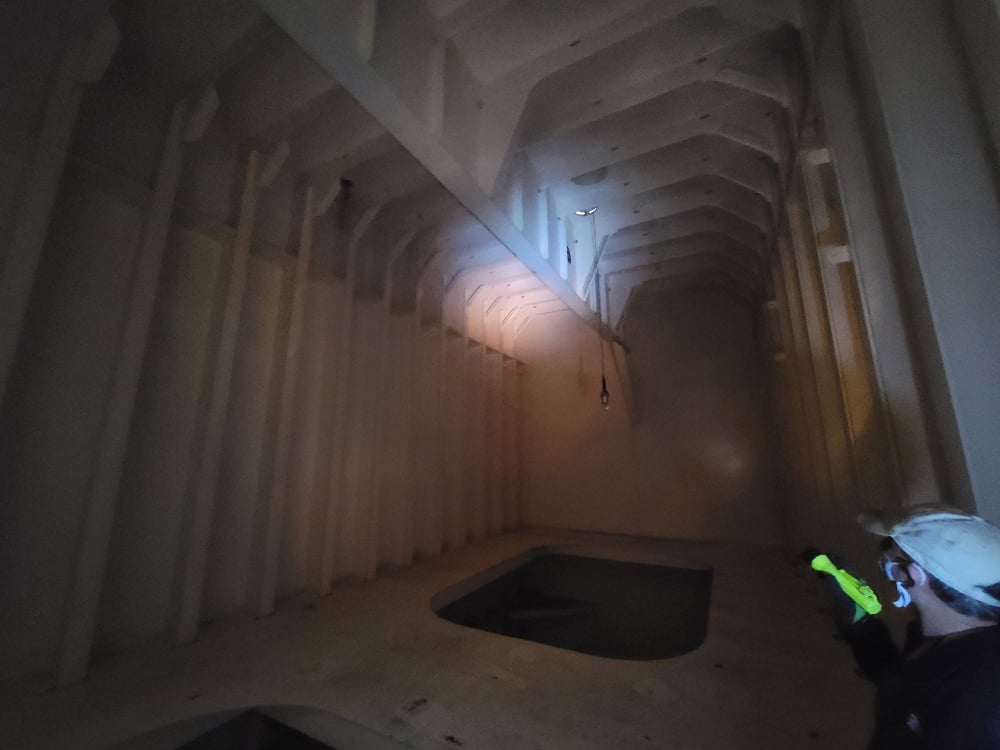 Here is the traditional model inspectors use for completing these surveys:

DroneUp did not know it at the time of submitting its bid, but the U.S. agency that put out the RFP already had initiatives underway to explore alternative means to this time-consuming, labor-intensive, and hazardous operating inspection procedure. Moreover, strategic objectives were starting to form at the agency.

In its bid, DroneUp personnel proposed a unique approach to the inspection that they believed could significantly reduce the projected 800 hours for the inspections. 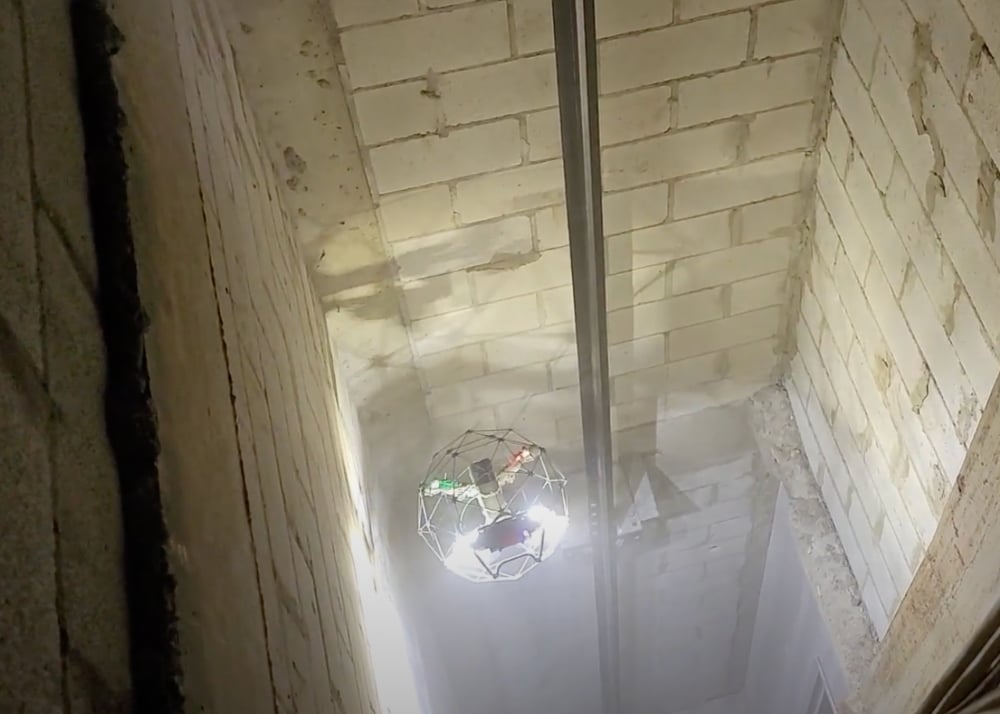 The Elios 2 flying inside a warship to collect inspection data

By using the Elios 2 indoor drone, the team at DroneUp believed they could cut the time needed for the ship’s tank inspections by over 90%. They submitted a bid that proposed testing their approach and comparing it to the results achieved with the traditional life raft method.

After review, DroneUp’s processes and the quality of their past work they accepted the bid, and DroneUp scheduled the inspection.

The ballast and cargo tank inspections on the warship were a big success.

Cleaver and the DroneUp team were able to prove the claims they’d made in their bid—namely, that using a drone to inspect a warship’s tanks could make the entire process faster, cheaper, and safer.

The Elios 2 flying inside a cargo tank

Here are the specific benefits they demonstrated: 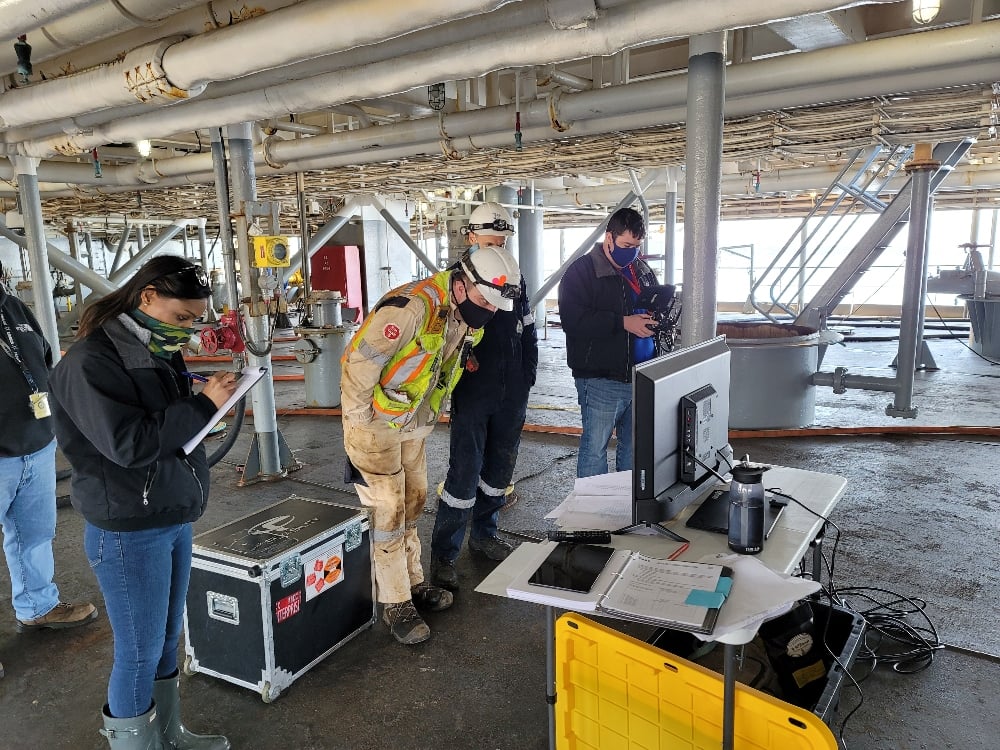 Given the success of the tank inspections Cleaver performed on the warship, and her new ABS-certification to use drones in these types of inspections, DroneUp is now planning to do many more cargo tank inspections with the Elios 2.

In addition to collecting visual data, DroneUp has been working to create digital twins of the maritime assets it inspects, in order to provide the highest quality outputs for its clients.

Norfolk is a big shipping town. Since Cleaver’s ABS inspection, word has spread about the success of DroneUp’s efforts on the warship.

With the high demand for this type work and DroneUp’s impressive results, it looks likely that Cleaver and her team will be using the Elios 2 not just for tank inspections on warships, but for lots of other maritime inspections in the near future.