Bridge inspections are a crucial part of ensuring proper maintenance for critical infrastructure.

These inspections help uncover potential defects in a bridge, allowing inspectors and maintenance crews to perform risk evaluations and address potential issues before they become worse.

In the case of bridges used by train lines, inspections can be incredibly challenging due to the constant train traffic these bridges support.

For example, trains run every 15 minutes in both directions across the Oktyabrsky Bridge, a bridge that crosses the Volga River in the Samara region of Russia. A typical bridge inspection takes several hours, and there is no way these time increments would allow inspectors to get their work done. 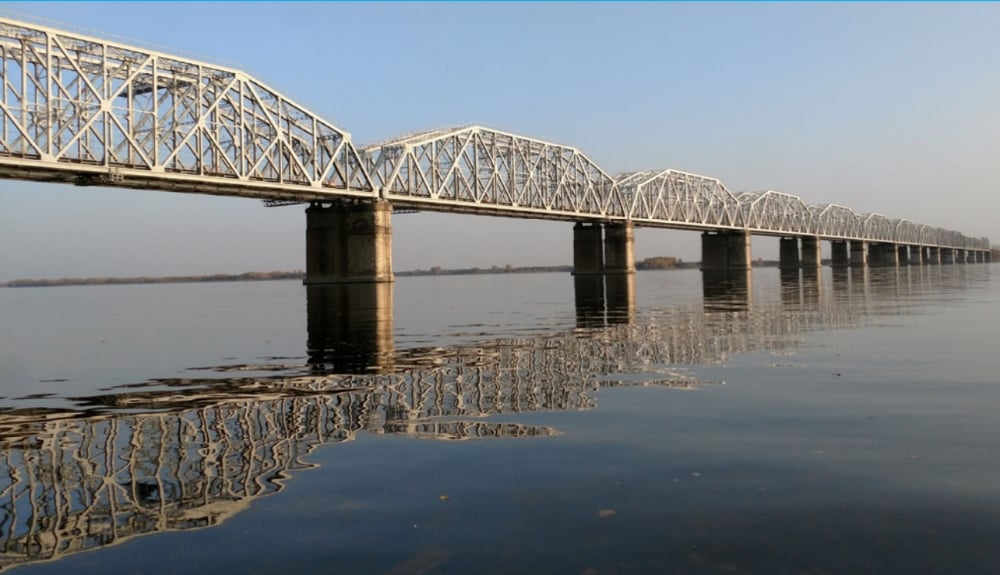 A picture of the Oktyabrsky Bridge

Further, the bridge is a critical part of the Trans-Siberian Railway and the train traffic it supports cannot be stopped or rerouted to provide inspectors with the time they need to conduct an inspection.

Russian Railways needed to inspect two spans of the Oktyabrsky Bridge (each span is 150 meters, or about 492 feet in length), and hired inspection company DroneProfi to complete the work.

One of the most challenging aspects of bridge inspection work is getting access to the underside of the bridge. Inspectors often use bucket trucks (shown below), which have an extendable arm and a bucket that allows them to get access to the visual data they need.

However, this approach could not be used on the Oktyabrsky Bridge because it is in constant use.

The bridge was originally built with special rail trolleys that ran underneath it using a manual cabe drive, made specifically so that inspectors could get access to its underside. But these trolleys have fallen into disrepair, and are so thoroughly rusted that they are no longer usable.

An alternative to using the trolleys was to hire a group of inspectors that could use special permits and high-rise equipment to get access to the underside of the bridge. But these services are extremely expensive. In addition to the cost, coordinating such services can be complicated, since the list of service providers is short and the list of assets in Russia that need them is quite long.

Drones seemed like the obvious solution to Russian Railways. Before contacting DroneProfi, the Russian Railways team had tried using a traditional commercial drone to get the visual data needed for the inspection.

But this approach also did not work.

Flying in manual control mode, inspectors found that the drone they were using quickly lost signal when it came close to the metal structures that make up the bridge, especially when a train was passing through it. In addition to signal issues, the strong wind caused by the passing trains created problems for the drone’s stability.

After an accident almost occurred during a test flight, inspectors decided that they needed to find another way to complete the bridge inspection at the Oktyabrsky Bridge. 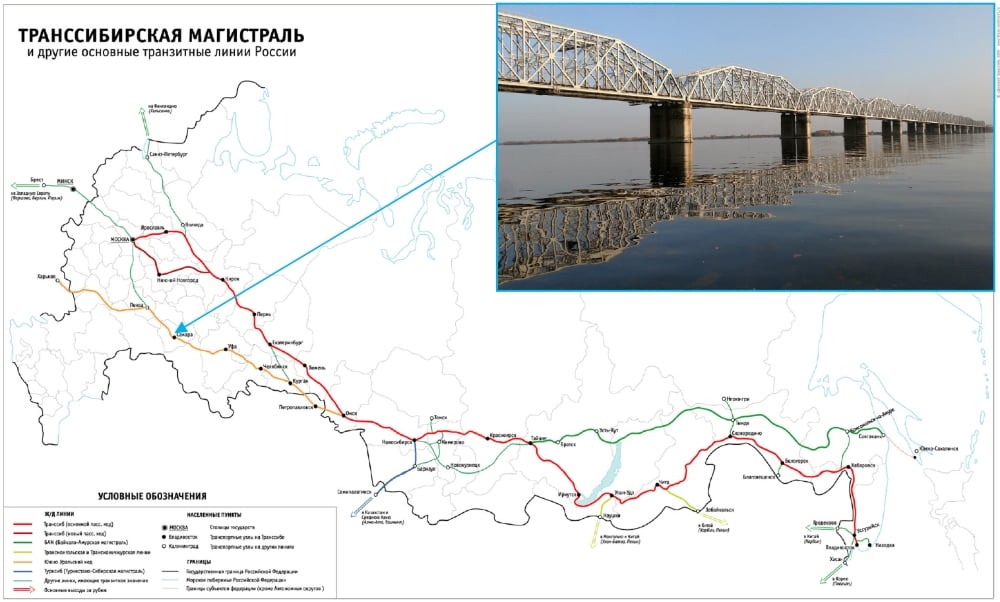 A map highlighting the location of the Oktyabrsky Bridge

After failing to find a way to inspect the two spans at the Oktyabrsky Bridge, Russian Railways turned to DroneProfi, a company that specializes in using drone technology for inspections.

Due to the challenges the bridge posed, the DroneProfi team decided to test Flyability’s  Elios 2 for the mission—given that the Elios 2 is protected by a collision-tolerant cage and is specifically designed for inspections in hard-to-reach, dangerous places, they thought that it seemed like the right tool for the job.

Using the Elios 2, inspectors from DroneProfi were able to complete a successful inspection of the inside and undercarriage of the two spans of the Oktyabrsky Bridge.

The drone allowed them to access objects on the bottom and the side of the spans, providing high-quality visual data on critical parts of the bridge,  including:

After reviewing the visual data they collected for the spans, inspectors found some loose mounts (shown below) but otherwise there were no major defects identified. 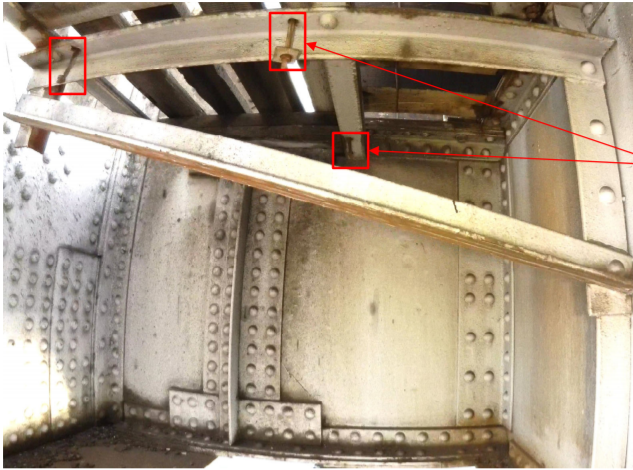 Also, since the drone was operating below or inside the bridge spans, there was no turbulence from the passing trains to interfere with its stability while in flight.

Using the visual data they collected with the Elios 2, the DroneProfi team also constructed a 3D model of the internal structural elements of the bridge spans.

The end product the DroneProfi team delivered to Russian Railways was thorough visual data on the two spans in the form of high-quality 4K photos and video footage. They also delivered 3D models of the spans, including models of hard-to-reach objects in chambers below the spans.

Watch this video featuring footage captured by DroneProfi using the Elios 2 at the Oktyabrsky Bridge:

Russian Railways personnel were impressed by the capabilities of the Elios 2 for inspecting hard-to-reach structural elements on the bridge.

The success of the mission provides a model that can be used for future train bridge inspections, since it provided a cost-effective, high-quality solution to the unique challenges these types of inspections present.

Based on the results of the Oktyabrsky Bridge test, Russian Railways is currently considering equipping its entire operation with Elios 2 units to support train bridge inspections and other inspections in confined spaces.