The Rotterdam Fire Brigade's Digital Exploration Team has one of the largest fleets of robots in the world for fighting fires—here's how the Elios 2 fits into that fleet.

The Rotterdam Fire Brigade has one of the biggest, most sophisticated drone fleets in the world.

A Rotterdam Fire Brigade fire truck at the Port of Rotterdam

The fleet is called the Digital Exploration Team, and it helps with the brigade’s firefighting work at medium and larger fires about 100 times a year. On average, personnel from the unit fly some form of drone to help with firefighting operations at least once every three days.

All of this equipment is stored in two vans that remain on standby, ready to be deployed at any moment. The vans serve not only as the storehouse for the unit’s drones and other equipment, but also as its operational base when out in the field.

From the van, members of the unit can livestream the visual data its drones collect, combining that data with live body cam footage to determine where a fire is still burning, or if a building looks in danger of collapsing due to fire damage.

The Rotterdam Fire Brigade has developed its own software platform for sharing all the data live streamed by both drones, body cams and other equipment.

The software allows those leading the Digital Exploration Team to select the visual data they want to share with those actively fighting the fire, switching between live streams from different cameras to direct firefighters’ attention to the most important information for their efforts.

The brigade’s Digital Exploration Team is also developing new software that will use AI to automatically analyze live streams from all its drones, body cams and other equipment, and provide real-time insights on where fire victims or hazmat material could be located or where more attention might be needed to put out a fire.

Once finalized, the tool has the potential to help firefighters know right where they need to go to save lives, and how safe the conditions will be once they get there.

How Does the Rotterdam Fire Brigade Use Drones?

Drones are used by the brigade to collect visual and thermal data reflecting the status of a fire. 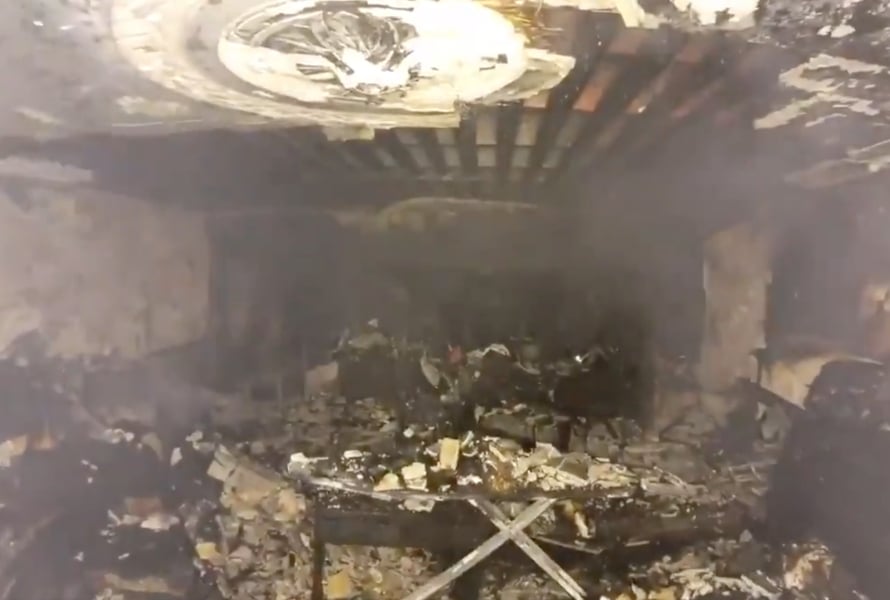 This visual and thermal data is used to:

One of the primary locations where the Rotterdam Fire Brigade fights fires is the Port of Rotterdam, which is the largest seaport in Europe.

380,000 people work in the harbor and port every day, and the area the port covers is huge, covering a total of 720 square kilometers (444 square miles).

Shell operates the largest oil refinery in Europe in Rotterdam. Every year thousands of container ships pass through the port carrying huge tanks filled with oil, as well as chemicals and other volatile materials.

The large tanks the container ships carry have a high chance of catching fire, and these tank fires are one of the most risky types of fires that the Rotterdam Fire Brigade has to fight.

These fires are also one of the reasons the brigade has such a big fleet of drones, since they are a crucial tool for the firefighters’ efficient, safe response to tank fires at the port.

Using a combination of aquatic drones, outdoor drones, and indoor drones, firefighters can quickly gain enhanced situational awareness about nearby tanks that could also catch fire, neighboring parties that could be endangered by a fire, and the tank fire itself.

Looking for an Indoor Drone

In early 2020 Robbert Heinecke, the leader of the brigade’s Digital Exploration Team, was on the search for a drone made specifically for indoor scenarios.

After some research, he decided the Elios 2 was the right drone for his needs, thanks to its ability to enter confined spaces, its high quality visual data, and its thermal imaging capabilities.

[Related read: Indoor Drones for Public Safety—3 Real Use Cases from the Field]

Soon after acquiring the Elios 2, Heinecke had a chance to use it at the site of a huge structure fire. In that first flight he wanted to:

During the flight, his Digital Exploration Team could see that the fire was still burning on the Elios 2’s live feed.

Heinecke found that this one flight proved the value of the Elios 2, since it allowed him to clearly see the conditions inside the damaged structure without having to risk anyone’s life by entering it.

After that first mission, Heinecke added the Elios 2 to its fleet in the Digital Exploration Team van so that it could be deployed quickly for future firefighting operations.

“I was looking for an indoor drone, and found that the Elios 2 was the only drone that could help me do what I needed to do. The Elios 2 is 100% successful. You fly very quickly to your target, take a look, see it, and go back.”

The brigade now regularly uses the Elios 2 several times a year for fighting fires in a variety of indoor scenarios, including: 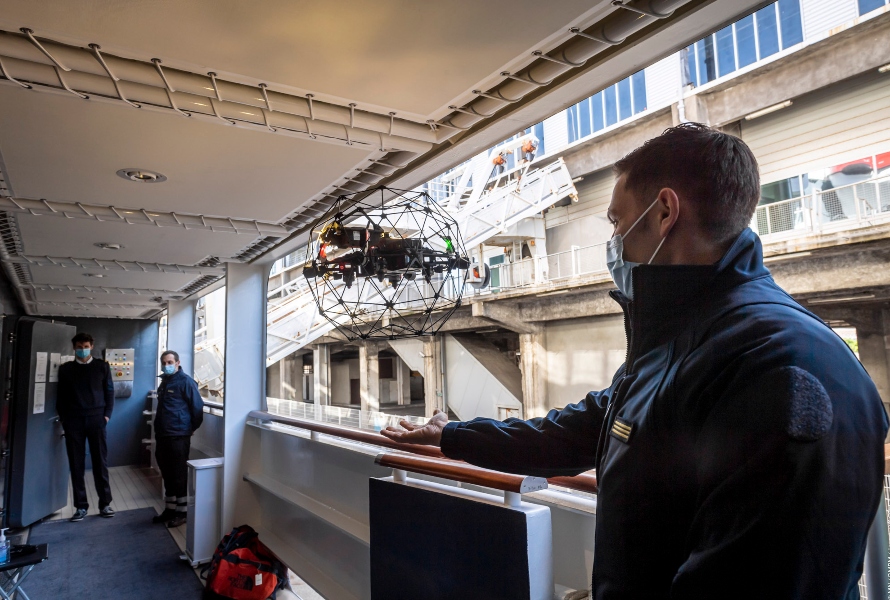