The purpose of this article is to provide complementary explanations on LiPo battery technologies as well as battery management. Refer to the dedicated battery manual for a detailed description of the battery handling guidelines.

During flight, the most important indicators for the remaining flight time are discharge capacity and voltage.

When the voltage is too low, the motors will not be able to spin fast enough to sustain hovering. On Elios, this critical point is reached at 9.5V. In ELIOS 2 it is reached at 17V. But, as we can see on the figures presented below, the discharge capacity can not be easily linked to the battery voltage as this relation is dependent on the discharge rate, the temperature, the internal resistancer, and its age. Furthermore, the capacity of the battery decreases with the number of cycles. 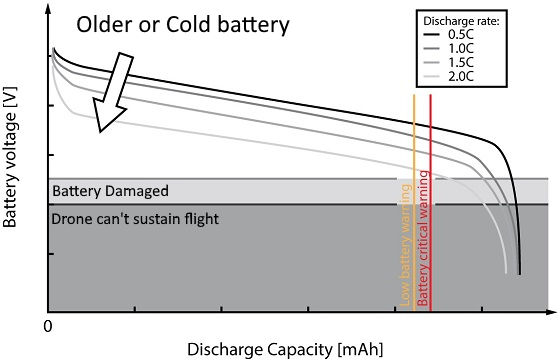 Please note that the figure is just a qualitative illustration to show the effects of temperature and battery age on the relation between battery voltage and charge. The message is that the voltage will drop more quickly with an old/cold battery due to the higher internal resistance.

The temperature has a direct effect on the internal resistance. The colder a battery gets, the higher its internal resistance gets and the lower the voltage will be for a given remaining charge. It is therefore recommended that the batteries are around 20-25°C at the beginning of a flight. If the temperature is too low then the battery will not be able to sustain flight. With Elios 2, warnings appear on the cockpit display if the temperature is outside of the allowable range. 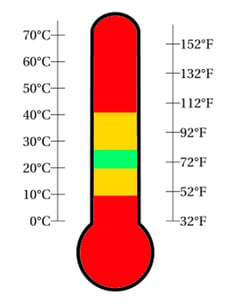 The internal resistance also gradually increases throughout the lifetime of the battery due to chemical decay and acculumated damage from over-discharging. These effects can be minimized by always storing the batteries at 50% charge in a cool place, and by not completely draining the batteries in flight.

The ELIOS 2 smart batteries will automatically discharge to a suitable storage charge when not in use, but the ELIOS 1 packs must be manually discharged to avoid decay.

It is thus important that the pilot remains aware of both the battery voltage and the battery capacity at all time. Those two values are displayed in Cockpit below as ''ROBOT BATT''. Please note that with ELIOS 1, if the battery voltage is below 12.4V when plugged in, the drone consider the battery as not fully charged and is not capable of measuring the remaining charge of the battery. Hence, Cockpit will display "??%" instead of the state of charge. 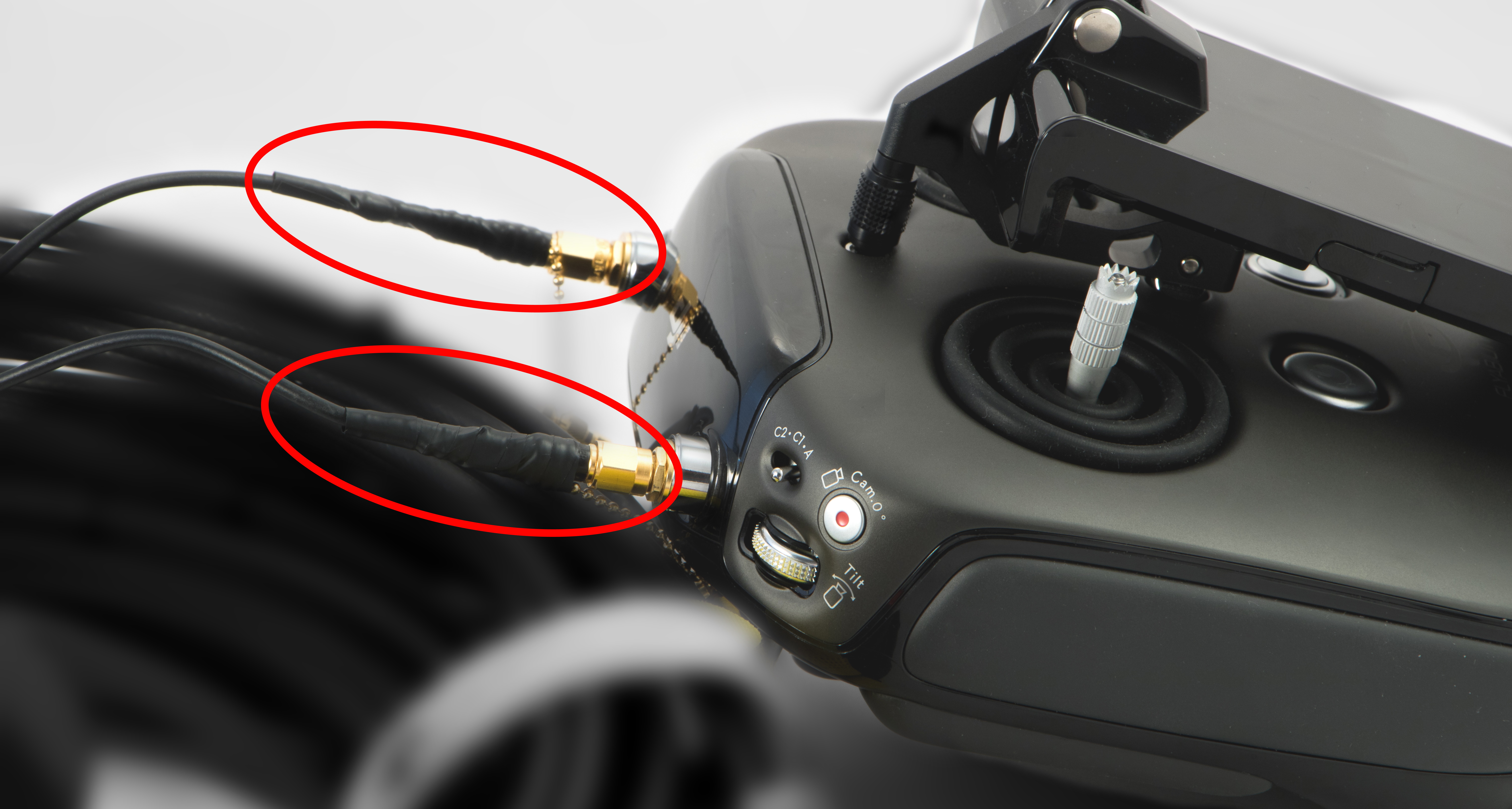 How to test your transmission system

To check if your system is 100% functional, please follow these checkpoints before each mission/flight: