During visual inspections, all areas of interest must be systematically visited and filmed. A well defined and executed flight plan will help you get the most out of a flight by:

The correct process of flight planning and analysis will be demonstrated with a simple mission example where we will be inspecting 5 lamps on a hangar ceiling. In particular, we will show how Flyability Inspector and a Clapperboard can be used together to improve flight planning, execution and video analysis. 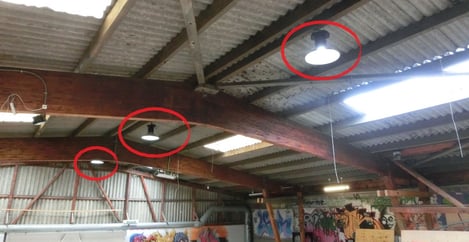 The first step is to draw a simple schematic of the flight area on front of the Clapperboard. Be sure to add relevant features such as:

Before you fly, use the sketch to decide on the optimal flight path along all inspection items. Divide the mission into several flights if necessary. Numbering the inspection items allows each one to be referred to individually and unambiguously. This may appear trivial, but some missions involve hundreds of inspection items which all need to be individually identified and systematically visited.

Luckily, the "Hangar Lamps" mission is quite simple, the sketch will look something like this: 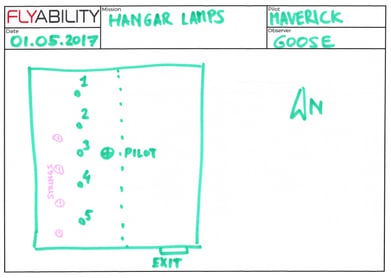 The north marker and the exit location are used to establish the orientation of the sketch. Clearly marked are the five lamps to be inspected, which are numbered accordingly. From experience, the pilot can estimate that two flights are needed to adequately inspect all five lamps. There are also some strings hanging from the ceiling which could entangle Elios. Take these factors into account when deciding how to approach the lamps.

Be sure to insert the Mission and flight name into the Cockpit app, this will simplify the later identification of the files in Inspector.

The reverse side of the clapperboard contains the flight list which should be updated before every flight. The numbers of the inspection items to be visited during that flight are written down.

Showing the clapperboard to the on-board camera at the beginning of every flight will later allow you to quickly identify which inspection items are visited in a particular video file. Remember: the camera only starts recording once Elios is armed. 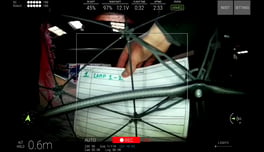 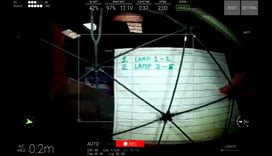 Be sure to mark a POI whenever you reach a numbered inspection item during a flight. This will mark the point in time where each lamp is shown on the video. 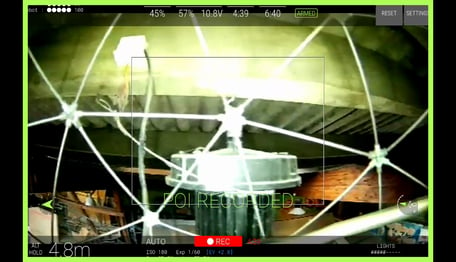 Once all the flights are completed collect the video files (.MP4) from the CAM SD card and the .LOG files from the LOG SD card. It is useful to rename the files according to their flight number for easier reference. In Flyability Inspector, open the matching pair of files from any flight. You will be able to click on the POIs and jump towards the inspection items visited during that flight, simplifying post mission analysis by skipping to the interesting bits of the video.

For example in the image below, flight 2 is being analyzed. The POIs corresponding to lamps 3, 4 and 5 can be seen in the timeline. Each POI can be directly traced to a specific lamp, all thanks to careful flight planning and execution. 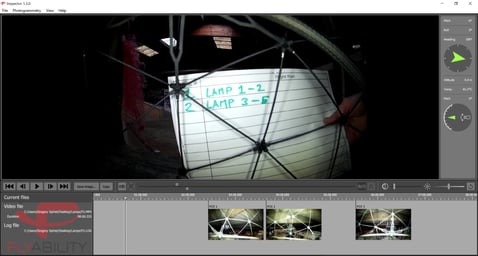 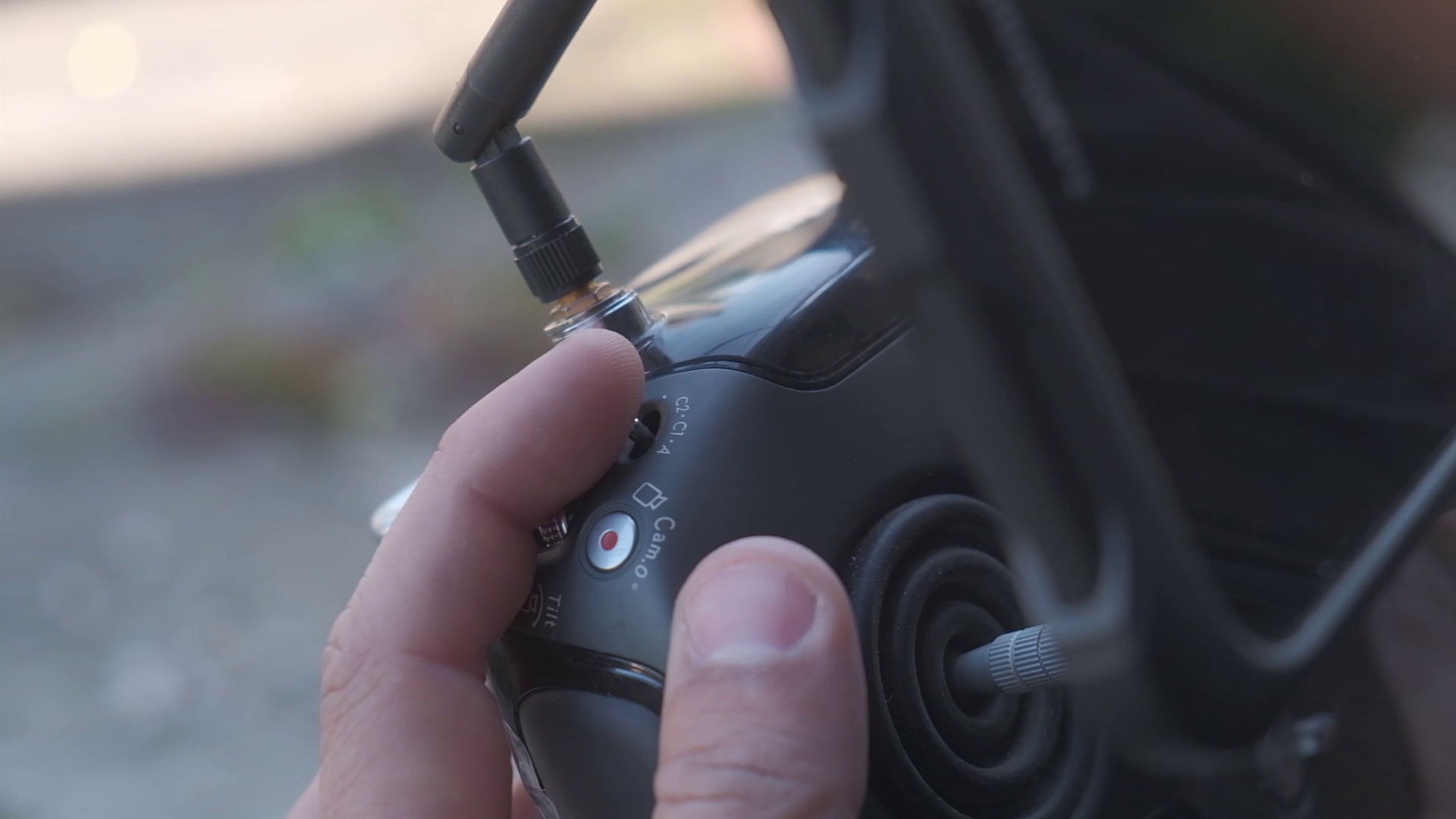