As drone adoption continues to grow, public safety has been one of the areas where new applications and use cases seem to be cropping up all the time.

Public safety personnel have found a variety of ways to use both indoor and outdoor drones in their work.

Police in Chula Vista, California have cretate a “Drone as First Responder” program that immediately deploys a drone to the site of any 911 call to provide a live visual feed of the scene before officers arrive.

Police have also started using drones for car crash investigations, collecting aerial data and turning it into detailed 3D models of the crash that investigators can use to recreate the accident.

Firefighters have been using both indoor and outdoor drones to map ongoing fires and to do investigations after fires take place, in order to determine their cause.

During the pandemic these medical drone deliveries have also included COVID-19 tests, as well as the delivery of medical supplies to support social distancing. Recently, drones have even started delivering COVID-19 vaccines, which has been made possible despite the challenges presented by the need to keep them cold while in transit.

[What does “public safety” mean? The term public safety encompasses any work done to keep people safe, including that done by firefighters, police officers, and paramedics.]

Most of the use cases highlighted above are ways that outdoor drones are supporting public safety work. But public safety personnel have also been using indoor drones in their work, and adoption has been steadily growing for these indoor applications.

Here are three stories highlighting the ways that indoor drones like Flyability’s Elios 2 are supporting work in public safety.

In January of this year, the Madrid Police used Flyability’s Elios 2 to investigate a nearly-collapsed building after a huge explosion took place there.

The explosion ripped apart the apartment building in downtown Madrid, destroying four of its floors. Investigators later determined that the explosion was caused by a gas leak.

Because the explosion had just taken place, the area was too volatile to risk entering in person. A caged drone like the Elios 2 was the perfect tool for inspecting the inside of the building and the surrounding area, since it would be protected from potential collisions inside the chaotic blast zone.

Using the drone’s live video feed, police were able to quickly see what things looked like inside the explosion site, and also look for survivors who were in urgent need of medical attention.

Read more about the explosion and its aftermath.

2. Marine Firefighters of Marseille Use Indoor Drone to Assess Risk During Ship Fires

At the start of this year, the Marine Firefighters of Marseille tested the use of the Elios 2 for entering a ship on fire in order to look for those in need of help and to determine the extent of the fire.

When a ship is on fire, firefighters must physically board it in order to try and put out the fire, rescue the ship, and save the people on board.

But entering a burning vessel can be very dangerous, and it is hard for firefighters to know exactly what kind of situation they are walking into before boarding.

The Marine Firefighters of Marseille used the Elios 2 to fly through the upper deck of the ship while remaining safely on an adjacent vessel. The drone allowed them to quickly collect visual data about: 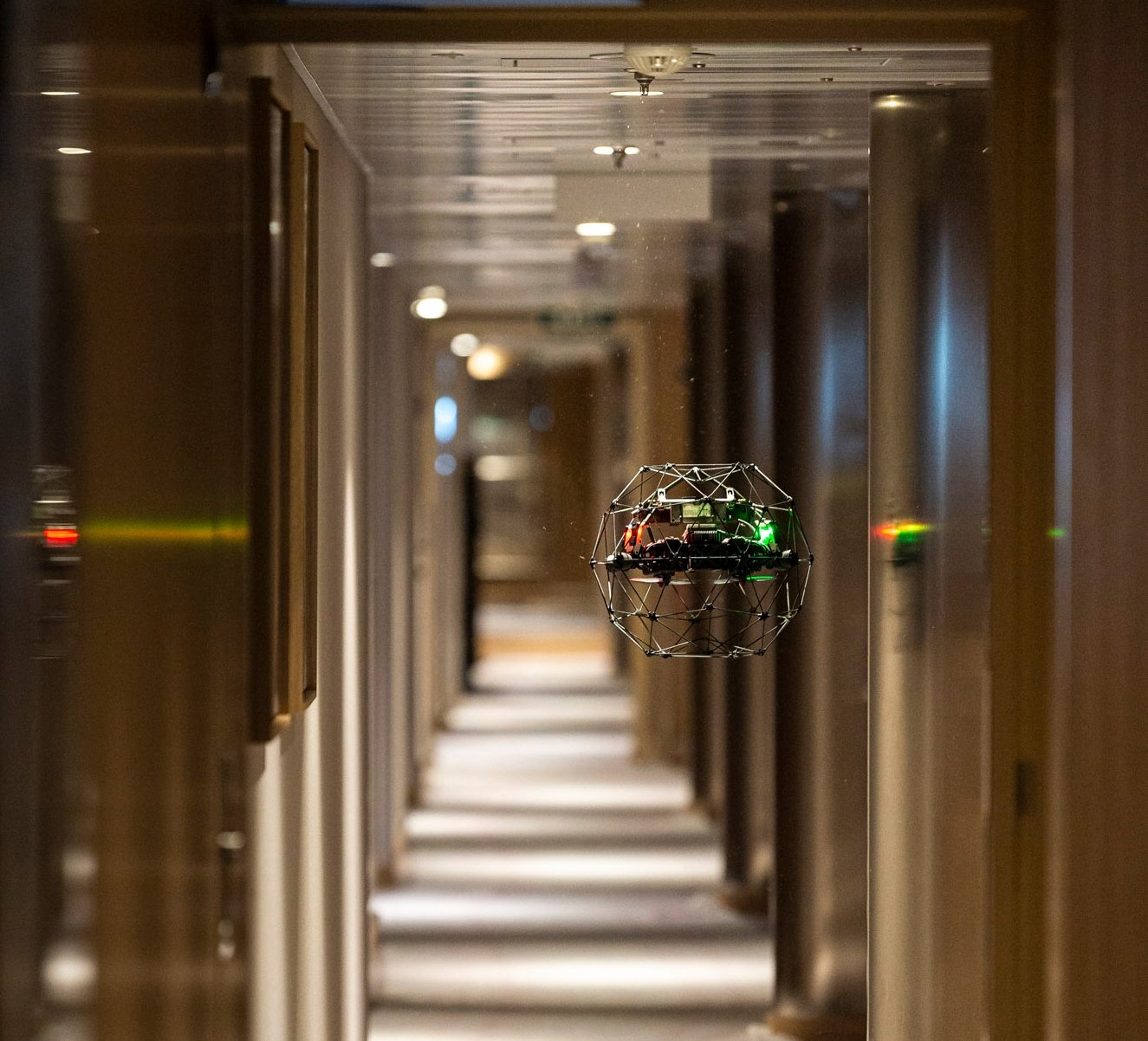 All of this information could be used by the firefighters to determine whether the ship could be saved, and whether they needed to board it at all.

The ability to make these determinations using data collected remotely with an indoor drone could be crucial for saving those trapped in a fire, and it can also help dramatically improve safety for firefighters by reducing their exposure to dangerous situations.

In March of last year, the Rotterdam Fire Brigade used the Elios 2 to inspect the damage done to a building following a huge fire.

The goals of the inspection were to:

During the inspection flight fire brigade personnel were able to see that the fire was still burning. This information was crucial for helping them determine their next steps for securing the area.

This was the first time the Elios 2 had ever been used by the Rotterdam Fire Brigade, but it certainly won’t be the last.

According to Robbert Heinecke, who works for the brigade, just having the ability to gather visual data inside the damaged structure proved the value of the Elios 2.

“We now keep this drone in the service car so that it can be deployed quickly. I expect that the Elios 2 will also be used for other situations. Think of the hold of a ship, the contents of a warehouse, in pipes and tunnels—actually, all the places that you normally cannot get a picture of during or just after a fire.”

Learn about all the ways that indoor drones support public safety operations.